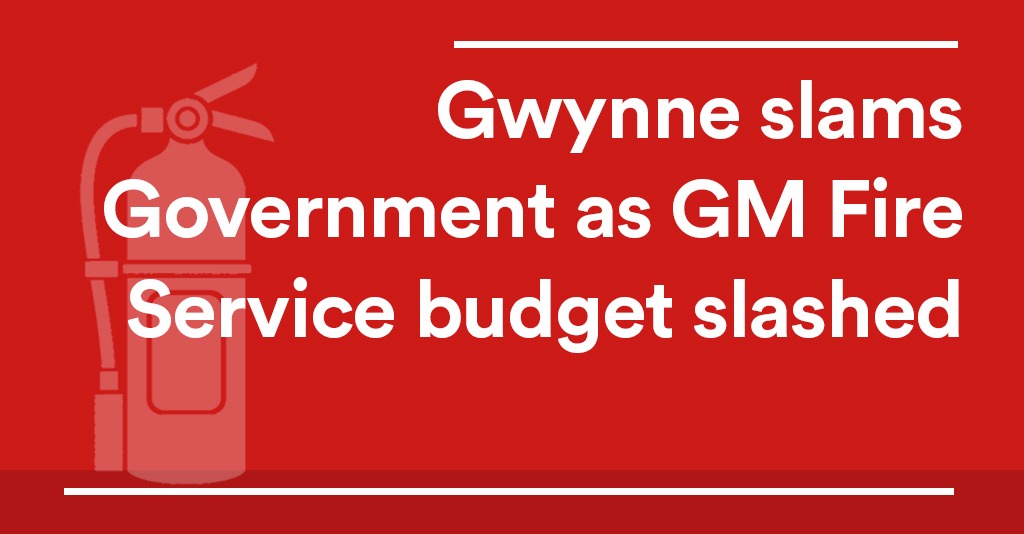 Denton and Reddish MP, Andrew Gwynne, has reacted with anger to news that the Greater Manchester Fire Service may be forced to slash a further £10 million from their budget.

Since 2010, nearly 12,000 front-line fire- fighter jobs have disappeared across the country, with Greater Manchester losing over 700 posts alone. In July, it was revealed by local media that some of Greater Manchester’s hero firefighters were working in vermin-infested stations without proper shower or toilet facilities.

Fire service personnel have already been pushed to their limits in recent months with the number of call outs over the summer quadrupling due to summer of wildfires over the region.

“The Chancellor had the chance to prioritise our public sector heroes at the Budget, but failed. Now across Greater Manchester we risk further cutbacks due to slashed budgets from Whitehall.