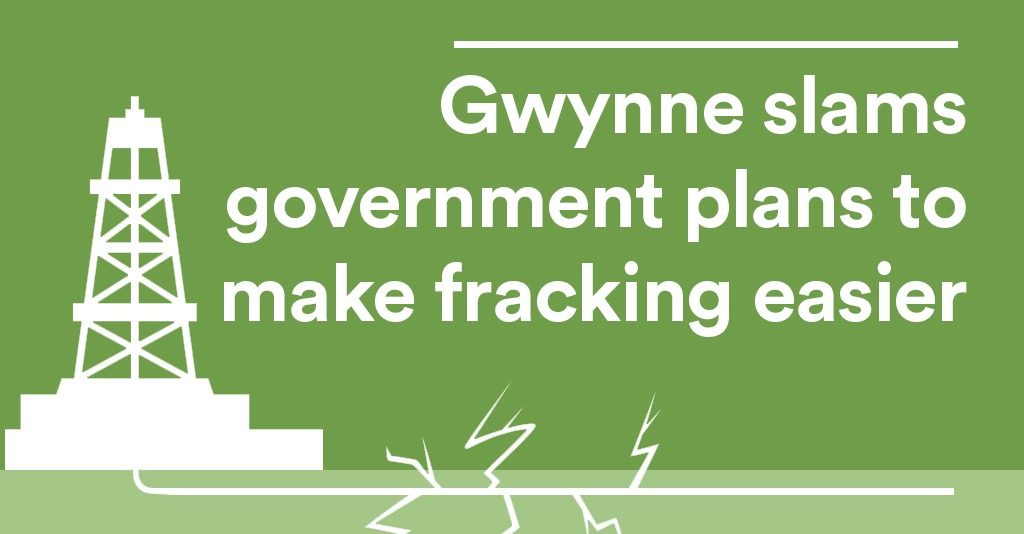 Denton and Reddish MP, Andrew Gwynne, has reacted with anger to news that that new measures announced by ministers will make it easier for firms to explore shale gas deposits and carry out fracking.

Under plans outlined by the business secretary, Greg Clark[1], those seeking to extract shale gas will be able to drill test sites in England without applying for planning permission with the classification of fracking sites changed to that they would be classed as nationally significant infrastructure, meaning approval would come at a national rather than local level.

Under the proposals there would be a short consultation this summer on whether the principle of whether non-hydraulic fracturing shale gas exploration development should be treated as “permitted development“, which would not require planning permission. The actual process of fracking, which involves pumping water at high pressure underground to fracture rocks and release gas trapped within, would still need an application.

The practise of fracking is not without its critics with concerns that the process can cause earthquakes and water pollution. Scientists and environmentalists warn that fracking could lead to pollution of drinking water by methane gas or chemicals in the liquid used in the process. Fracking has proved controversial in the United States, where shale gas is already being exploited on a large scale and where footage has been captured of people able to ignite water coming out of their taps because of gas contamination. As a result progress with fracking in the UK has been glacial, with not a single well fracked since a ban was lifted in 2013.

The Labour Party recognises these strong concerns which is why our 2017 general election manifesto included a commitment to ban fracking because it would lock us into an energy infrastructure based on fossil fuels, long after the point in 2030 when the Committee on Climate Change says gas in the UK must sharply decline. Added to this, a future Labour government would be committed to increasing production of the UK’s renewable energy sources to 60% by 2030 with electricity generation being taken into public ownership.

“Fracking should be banned, not promoted. Rather than listening to the very real concerns of communities, the government have instead introduced plans that will make it even easier for developers and energy companies to frack the ground beneath us.

“In four years not a single gram of fracked gas has been produced which is testament to the volatility of this fossil fuel, and the depth of public distrust towards it.”