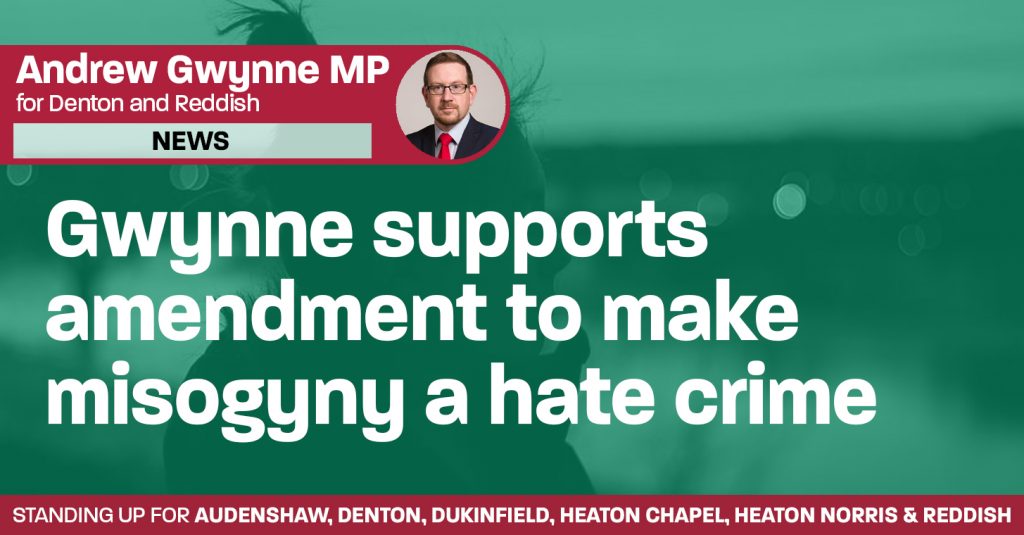 Andrew Gwynne, MP for Denton and Reddish, has signed an amendment to the Domestic Abuse Bill which would make misogyny a hate crime.

The cross-party Amendment 35 would require police forces record instances of misogyny hate crime, and also the number of these hate crimes which have also involved domestic violence.

The Domestic Abuse Bill aims to improve the improve the effectiveness of the justice system in providing protection for victims of domestic abuse and bringing perpetrators to justice. It also aims to strengthen the support for victims of abuse and their children provided by other statutory agencies.

“I’m very proud to support this important amendment to the Domestic Abuse Bill.

“There is a very obvious link between misogyny and domestic abuse, and so this amendment is all about tackling the issue of domestic abuse at its root.

“I hope that MPs get the chance to vote on this amendment later today and that they do the right thing and vote through this important change.”