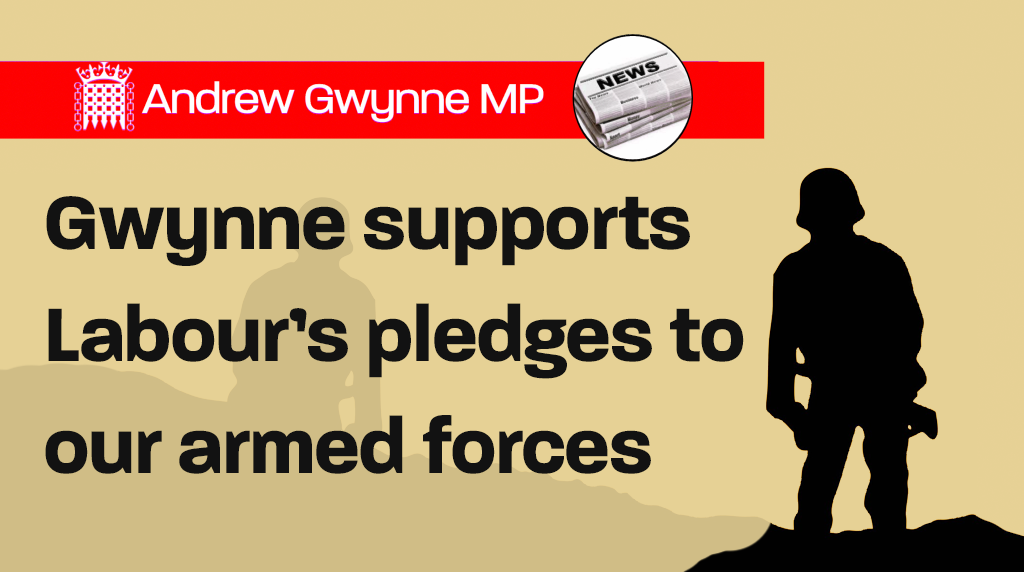 Denton and Reddish MP, Andrew Gwynne, has put his support behind Labour’s pledges to the armed forces.

The pledges, announced by Shadow Defence Secretary Nia Griffith ahead of Armed Forces Day on Saturday 29 June, set out how the next Labour government will support the armed forces.

The Labour Party has pledged to deliver:

“We owe a great deal to the brave men and women who serve in our armed forces.

“It is only right that we repay them for their service and these pledges represent a much better deal for them and their families.

“I am delighted that the Labour Party is reaffirming our commitment to our servicemen and women.”

“Our thanks and appreciation for our Armed Forces lasts the whole year round.

“We have an important duty to ensure that our personnel, our veterans, and their families, have the very best support.

“It is a travesty that so much of the burden of this Government’s austerity has fallen on many in our Forces and their families.”