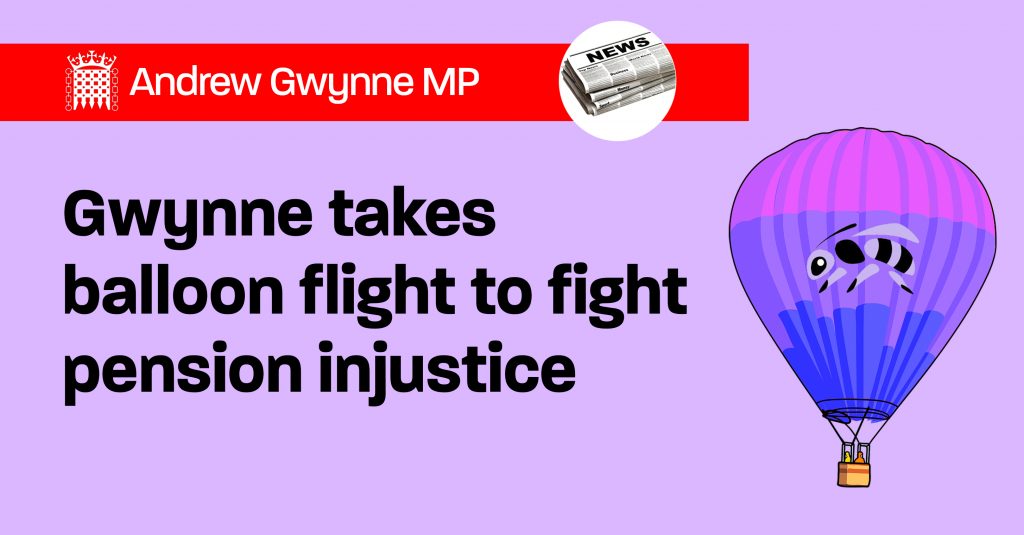 Andrew Gwynne, MP for Denton and Reddish, has taken a hot air balloon flight with campaigners to raise awareness of pension injustice for women born in the 1950s.

The flight from Leyland in Lancashire was raising awareness of the WASPI (Women Against State Pension Inequality) campaign.

The WASPI campaign was founded in 2015 and works to achieve fair transitional state pension arrangements for women born in the 1950s.

In 1995, the Conservative Government introduced a law to raise the women’s state pension age to 65. However, the implementation of this change has been very poor with many women affected unaware of the change.

Furthermore, the Conservative-Liberal Democrat Coalition Government introduced a law in 2011 that sped the process up.

As a result, hundreds of thousands of women have suffered financial hardship, with insufficient time to re-plan for their retirement.

“I have been proud to support the WASPI campaign over the past few years and will continue to stand with the women who have been treated so unfairly by the Government’s handling of the change in the state pension age.

“I hope that the hot air balloon flight can help to bring more attention to the WASPI cause and contribute in a small way to achieving the goal of fair transitional state pension arrangements for women born in the 1950s.

“The new Prime Minister has been making a lot of spending promises – he should look at how he could end the injustice facing WASPI women.”