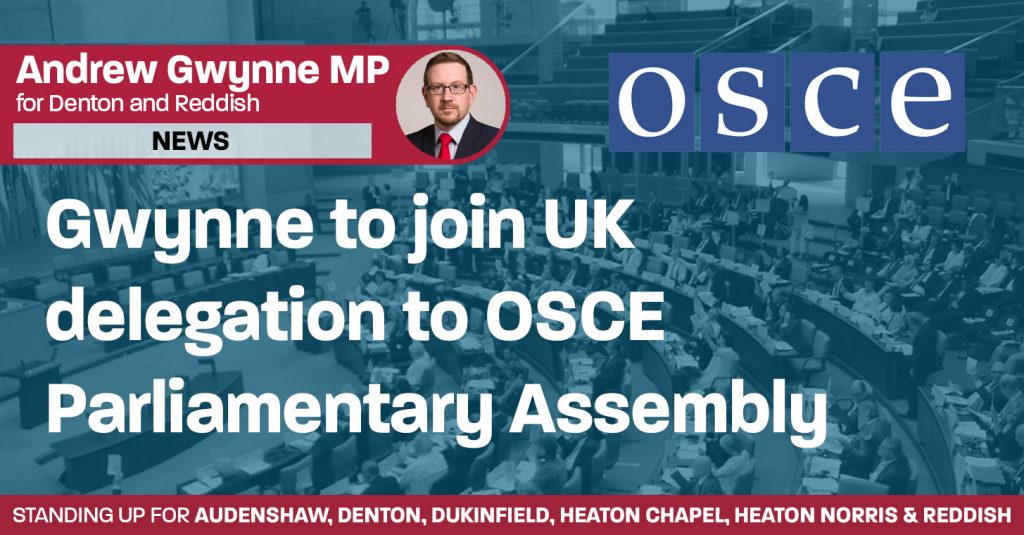 Andrew Gwynne, MP for Denton and Reddish, has been appointed to the UK delegation to OSCE Parliamentary Assembly subject to approval of the Labour members by the Prime Minister.

The Organization for Security and Co-operation in Europe (OSCE) is the world’s largest regional security organisation whose 57 participating States span the geographical area from Vancouver to Vladivostok. The Parliamentary Assembly on the OSCE brings together 323 delegates from 56 parliaments. Its areas of competence are to:

The UK has 13 full representatives in the Assembly and 13 substitute members. The Delegation is appointed by the Prime Minister by Written Ministerial Statement in Parliament.

“I’m delighted to be part of the Labour delegation to the OSCE Parliamentary Assembly.

“This body brings together parliamentarians from around Europe and North America to discuss some of the most important issues facing our countries collectively.

“The ongoing Coronavirus crisis shows just how important international collaboration is and I’m looking forward to getting going with the OSCE Parliamentary Assembly.”