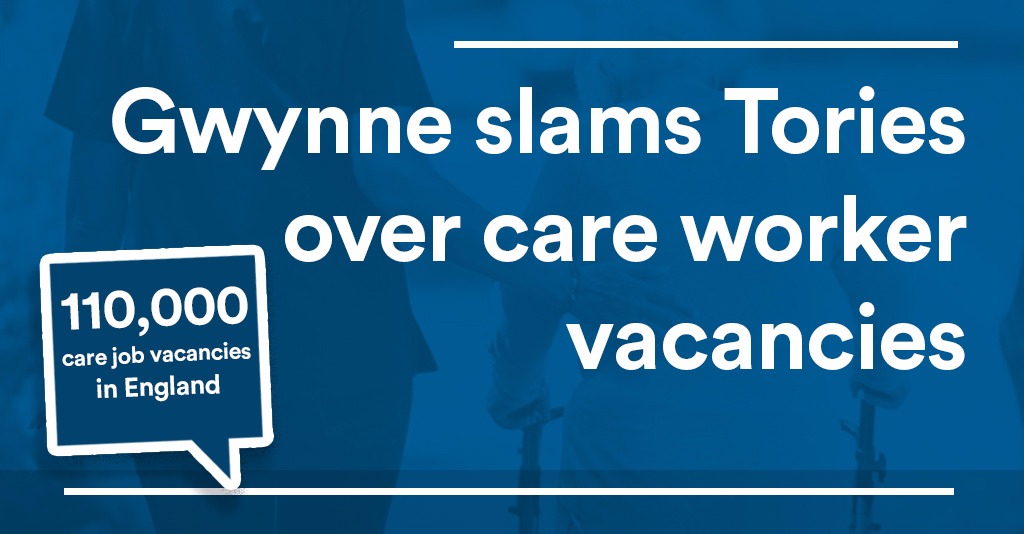 Denton and Reddish MP, Andrew Gwynne, has warned that the social care system is at serious risk as a new report reveals 110,000 jobs in adult care in England are currently vacant, a rise of 22,000 in a year, according to workforce data.

Currently there around 110,000 adult care vacancies – a rise of around 22,000 in the last year. The Skills for Care charity reports that the vacancy rate has increased between 2017 and 2018 from 6.6% to 8%, as well as showing that over 31% of carers have left or changed their jobs during 2017-18, with the vast majority of jobs are in the independent sector.

The report suggests in recent findings that industry employers are finding it far more challenging to find people who have the “right values” needed for care work, with one cause linked to the low wages of private care workers. The average pay for council care employees was £9.80 an hour, while the average pay per hour in the private sector was £8.12.

The figures were compiled based on the number of vacancies in the private sector at the end of March and as of September 2017 for local authorities.

“Many from both inside and outside the social care system have warned for some time that vacancies are rising rapidly in social care.

“Rather than listen to the warnings from leading experts and social workers on the ground, the Government have instead put their heads in the sand – this isn’t good enough.”