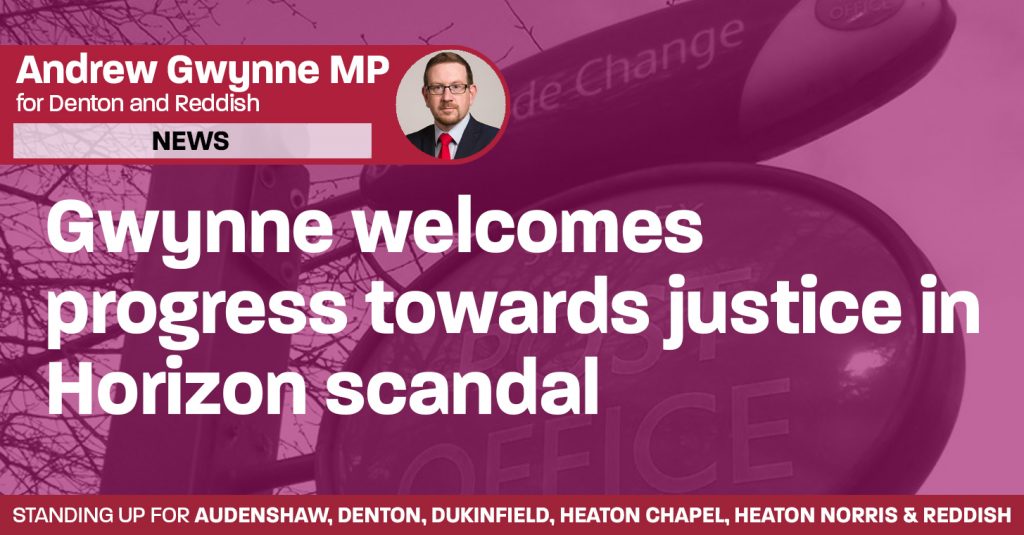 Andrew Gwynne, MP for Denton and Reddish, has welcomed the Post Office’s decision not to oppose many appeals from postmasters caught up in the Horizon scandal.

One of those affected by this scandal was Della Robinson, who was subpostmaster at Dukinfield Post Office. Gwynne raised has previously raised the case in Parliament.

The Post Office said today that it would not oppose 44 out of 47 appeals, although more cases remain under scrutiny. The decision makes it almost certain that convictions will be quashed.

“The Horizon scandal has ruined many lives and much of this damage cannot be undone.

“Nevertheless I welcome today’s decision, which is at least a step towards justice.

“This is just the start and I hope that more of those affected will get the justice they deserve as a result of this decision.”