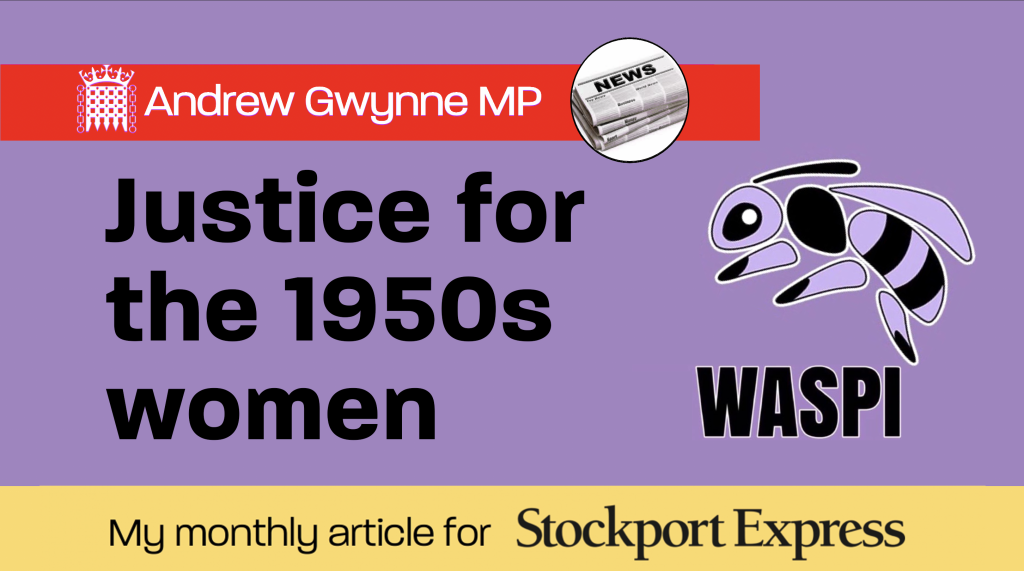 Last week, two women took a case to the High Court claiming they have been discriminated against by the Government.

I don’t know whether this particular case will be successful, but the two ladies aren’t alone in their plight. Their only crime? To be born in the 1950s.

You see, these ladies are in the first tranche to be caught under the provisions of the 1995 Pensions Act which sought to equalise the State Pension Age with men. The issue isn’t so much the concept of equalisation (though no one ever suggests equalising the entitlement down to 60 for men) but rather the way it was handled by the Government.

It’s all well and fine changing the law in 1995 (the then Labour Opposition voted against the provision) but you have to inform the people affected in good time to help them make alternative arrangements.

And it’s common practice. Whenever there’s been radical changes to pension schemes – in both the public and private sectors – anyone within 10 years of their retirement age usually is able to remain in their previous scheme, on the basis there’s not the time to make up for the changes. So why not for these women too?

1995 was almost a quarter a century ago, I hear you say. A fair point. Plenty of time to make other arrangements. Except no one notified the women about the changes. Even the DWP website still said the state pension age for women was 60 until very recently. And that’s the first real unfairness to the 1950s women.

But matters were made worse for this group in 2011 when the Coalition Government brought in more changes, speeding-up the age increase, and extending it from 65 to 66. A double whammy for these women!

Hundreds of 1950s women across Stockport are affected and I fully support justice to be done for them, and a fairer and properly transparent process put in for changes made to future generations so that, never again, will people be robbed of their entitlement by a slight of hand.