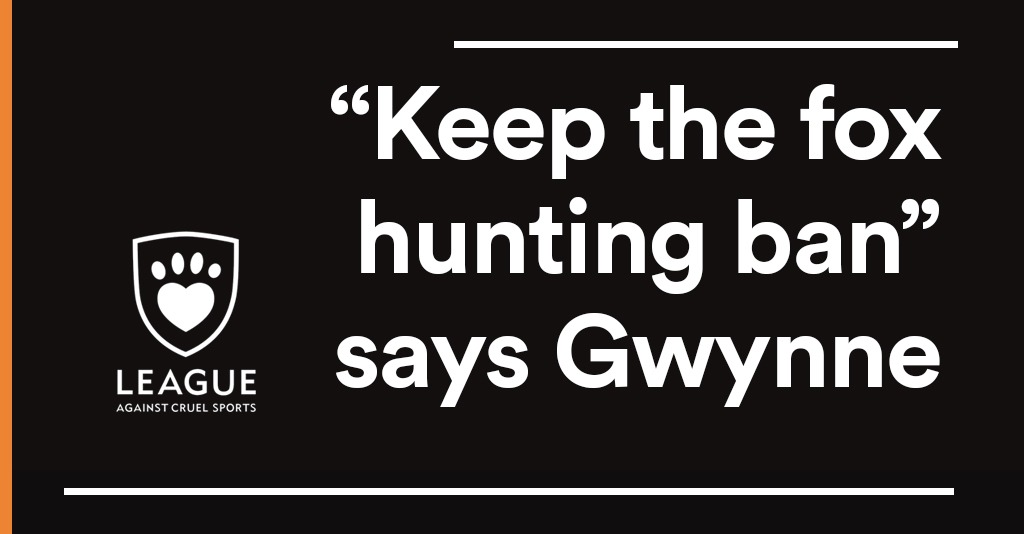 Denton and Reddish MP, Andrew Gwynne, has signed a petition calling for hunting legislation to be strengthened, amid growing concerns that British wildlife is still being targeted due to loopholes in the law.

Gwynne signed the petition, launched by animal welfare charity the League Against Cruel Sports, at its annual reception at the Houses of Parliament this Summer. Representatives from the charity spoke at the League’s reception about how ‘trail’ hunting is being used as a cover for illegal hunting and how exemptions and loopholes in the law are resulting in wildlife being chased and killed in the name of ‘sport’.

The Hunting Act 2004 prohibits packs of hounds from chasing and killing foxes, deer, hares and mink, but most hunts converted to ‘trail’ hunting after the ban and use this, as well as exemptions within the law, as an excuse to continue targeting animals. The League’s evidence shows that trail hunting is a deception and genuine trails are hardly ever laid.[1] The charity’s investigators are witnessing hunting that looks very similar to pre-ban activity, but when foxes and other wildlife is chased and killed, the hunts claim it was accidental. Strengthening of existing hunting legislation is urgently needed to prevent trail hunting and other false alibis being used to circumvent the law.

Trail hunting was invented by the hunts and purports to closely mimic traditional hunting. It involves laying a trail of fox urine, or other animal-based scent, across areas where wildlife is found and without the huntsmen who should be controlling the hounds knowing where that trail has been laid. There are still more than 300 active hunts across Great Britain, the majority of which now claim to be ‘trail’ hunting. Despite these claims, hunts are still being witnessed chasing and killing foxes, hares and deer, and rampaging across private property with no care or consideration given to the people and pets that live there.

85% of the public are in support of keeping the ban on fox hunting, and opposition to legalising deer hunting, hare hunting and coursing is even higher. As well as exploiting the activity of trail hunting, stag hunts abuse the research and observation exemption to pursue deer and hare hunts will claim to be rabbit hunting – an animal not protected by the Hunting Act. The League is encouraging members of the public to sign their petition titled ‘stop the killing of animals by hunts in the UK’. Full details can be found here.

“I’m delighted to be supporting the League’s campaign to strengthen the Hunting Act by removing the exemptions and loopholes and introducing effective deterrents to stop the illegal hunting of British wildlife.”

Chris Luffingham, Director of Campaigns for the League Against Cruel Sports, said:

“One of the reasons hunting was banned was because animals suffer terribly when chased by a hunt. It’s cruel, it’s illegal and it’s time we strengthened legislation and prevented the cruel minority from flouting the law.

“It’s abhorrent that the hunts are carrying on chasing and killing wildlife as they have always done and its time we brought an end to this criminal activity.”