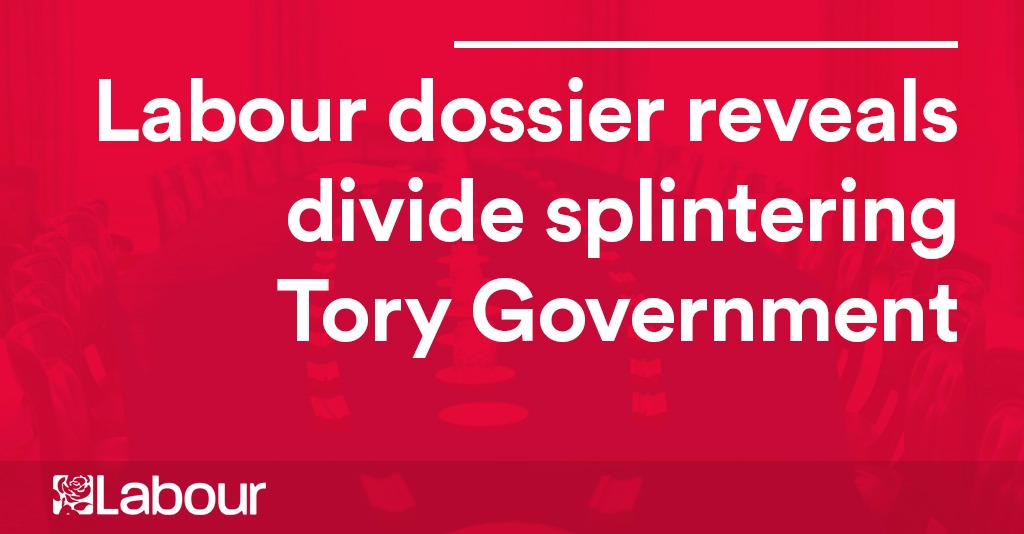 Ahead of this year’s Conservative Party Conference, Labour has published a dossier revealing this Tory government to be the “most divided government ever”:

Labour’s new document reveals the true breadth and depth of the divisions within the Tory party. More interested in arguing with themselves than negotiating a good Brexit deal or solving the problems facing the country, it’s clear that the Tories cannot deliver the future we need.

While the Tories’ approach to Brexit is putting the economy and jobs at risk, living standards continue fall, working people are worse off, and our public services are being pushed further and further into crisis.

“Riven by backbiting and plotting, this Tory government is the most divided Government ever.

“The splits which tore through John Major’s Cabinet in the 1990s pale in comparison to those running through May’s sorry excuse for a government.

“British people deserve better. Only Labour stands ready to take charge, and start the work of rebuilding and transforming our country, for the many not the few.”