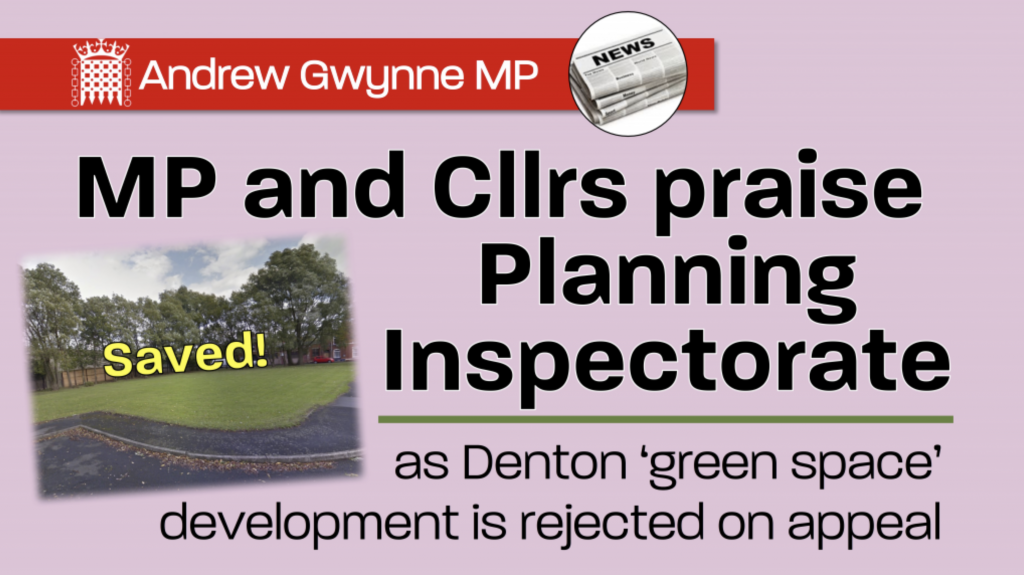 The land is currently designated as ‘protected open space’ in the Council’s Unitary Development Plan under policy OL4 which means development should only be granted in very exceptional cases. The plot of land is the only piece of open space in a heavily urbanised area near to Sainsbury’s. Bounded by the M67 and A57 to the north and surrounded by industrial units to the south, the land us been recognised as having visual and recreational value to the small number of residential properties in the neighbourhood.

“I’m delighted with the outcome of the appeal. What it shows to potential developers is that planning policy OL4 on protected open space is still very much valid. It acts as an important precedent where other sites across Tameside have a similar protected designation.”

“This is fantastic news. We’ve been on the side of the residents throughout the recent planning battles and it’s good to know the open space at Catherine Street West is now saved.”

A copy of the Inspectorate’s decision letter is below. 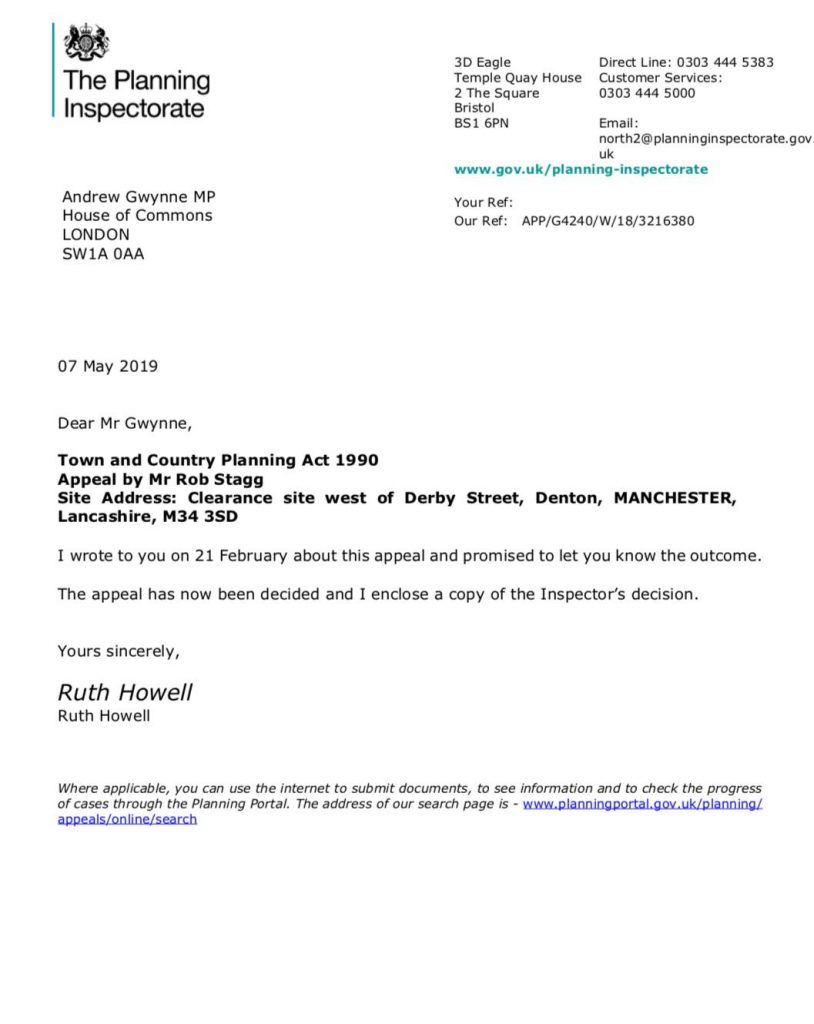 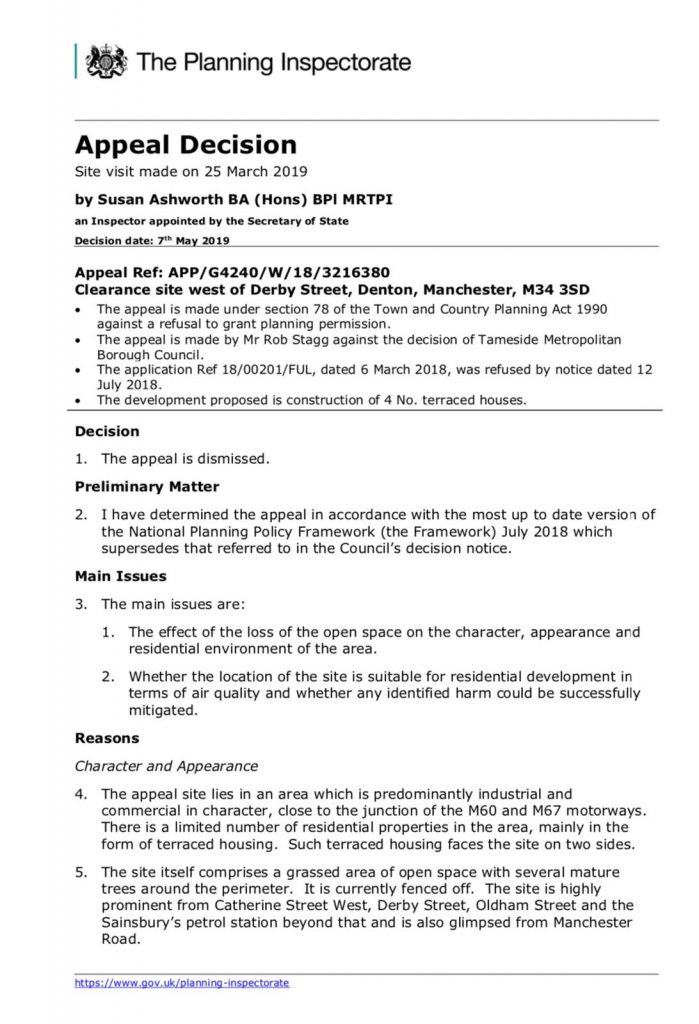 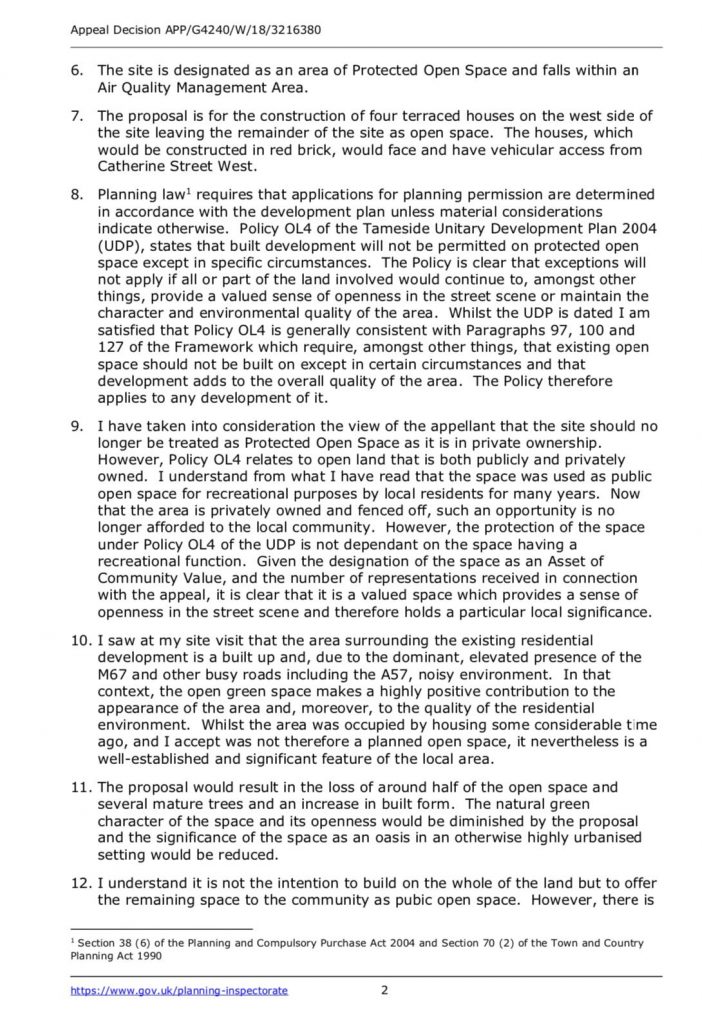 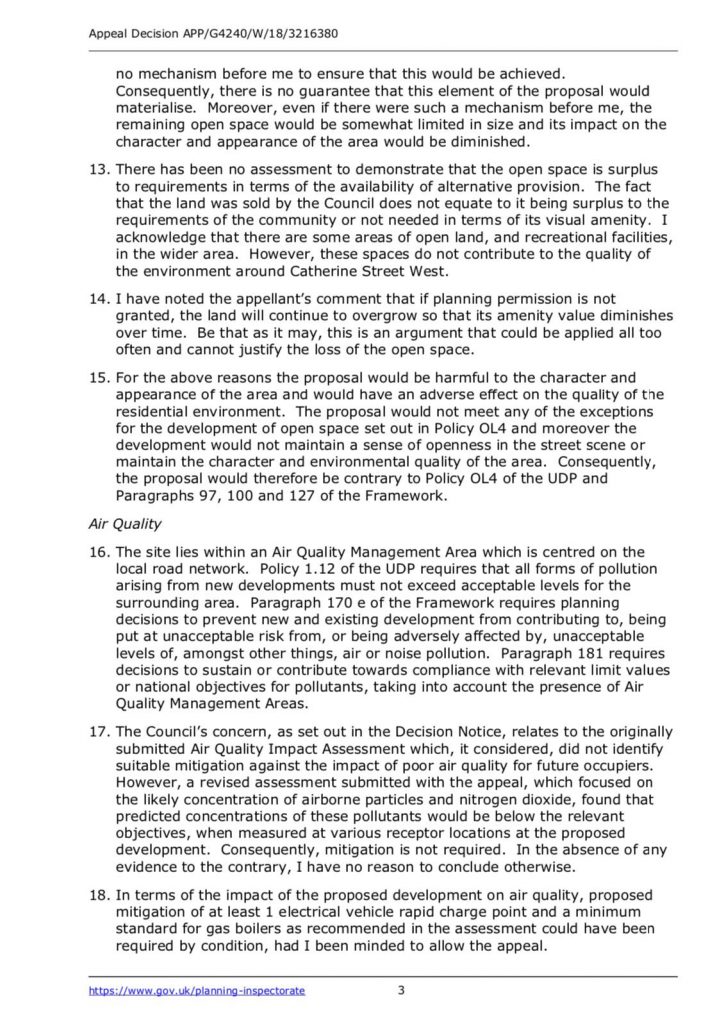 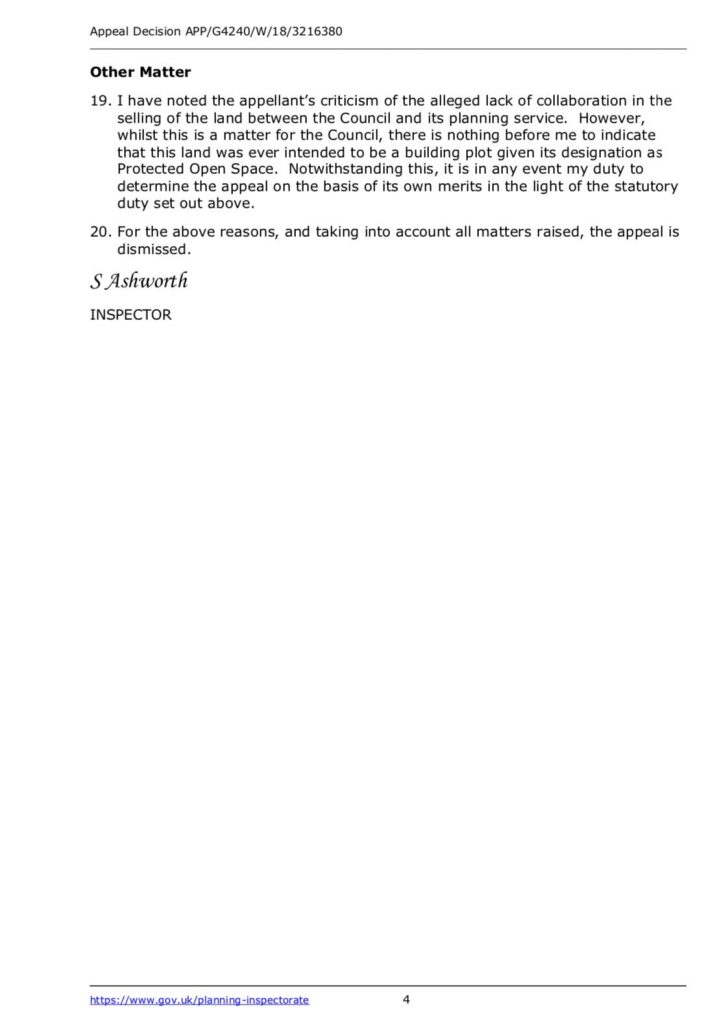