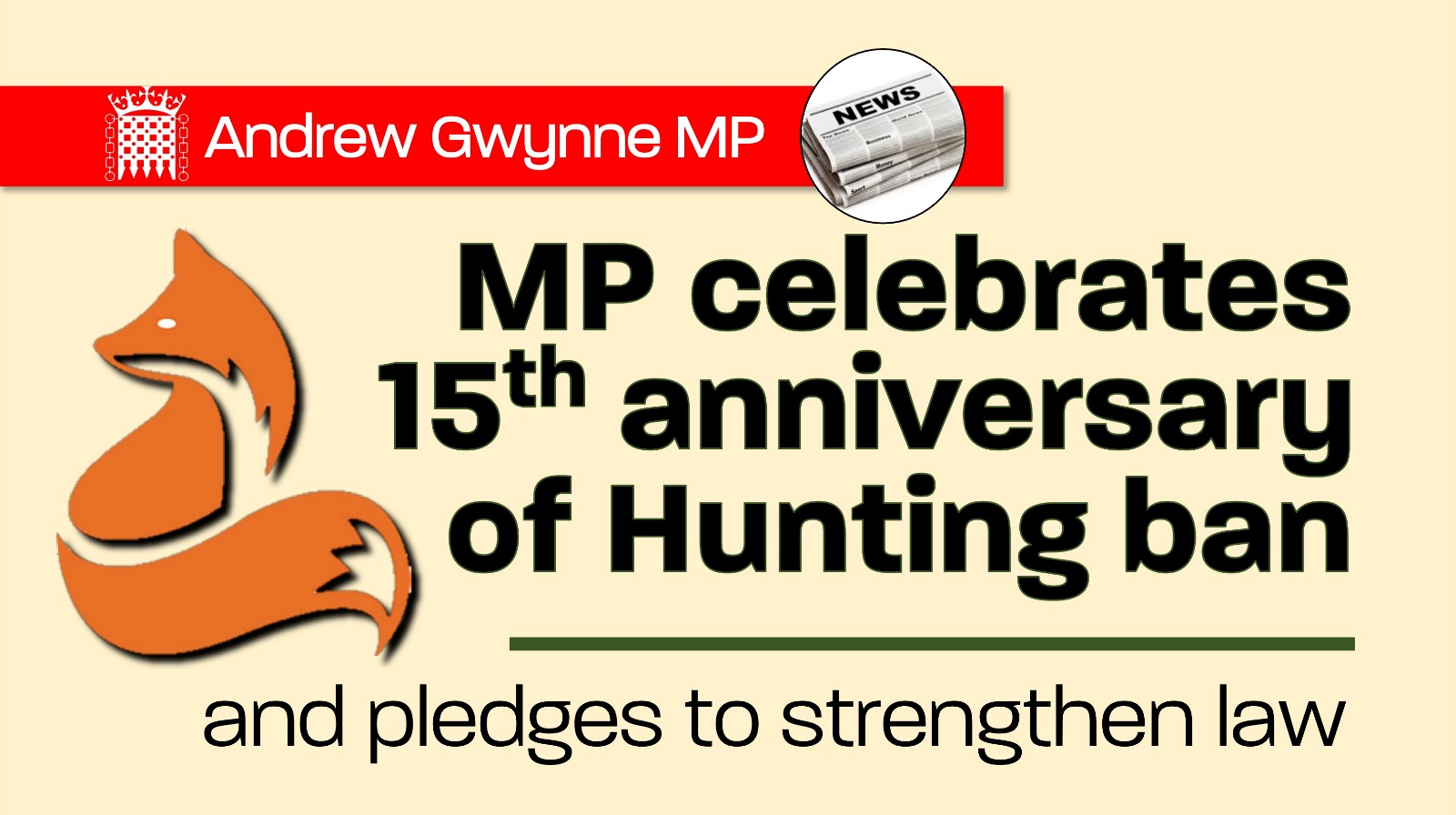 Denton and Reddish MP, Andrew Gwynne, has celebrated the 15th anniversary of the introduction of the Hunting Act (2004) which banned the practise of hunting wild mammals with dogs across England and Wales.

Although the controversial practice was banned in 2004 animal rights charities have warned that illegal hunts are still taking place across many parts of the country. Labour has said it would strengthen laws and consult on introducing prison sentences for illegal hunting to bring punishments in line with those for other wildlife crimes. Labour would also look at removing a legal exemption that currently allows dogs to be used “below ground” to hunt animals that prey on the type of game birds kept for shooting. ‘Trail’ hunting it has been suggested is being used as a cover for illegal hunting and how exemptions and loopholes in the law are resulting in wildlife being chased and killed in the name of ‘sport’.

Trail hunting was invented by the hunts and purports to closely mimic traditional hunting. It involves laying a trail of fox urine, or other animal-based scent, across areas where wildlife is found and without the huntsmen who should be controlling the hounds knowing where that trail has been laid. There are still more than 300 active hunts across Great Britain, the majority of which now claim to be ‘trail’ hunting. Despite these claims, hunts are still being witnessed chasing and killing foxes, hares and deer, and rampaging across private property with no care or consideration given to the people and pets that live there. More than half of people prosecuted under the Hunting Act claimed they were trail hunting and did not know their dogs were chasing an actual animal.

85% of the public are in support of keeping the ban on fox hunting, and opposition to legalising deer hunting, hare hunting and coursing is even higher.
Andrew Gwynne said:

“The Labour Party is the party of animal welfare, and we have the record to prove it. Our proposals form part of the next chapter in striving to ensure our laws and regulations on animal welfare are up to date and fit for purpose.

“While Theresa May and many Tories propose scrapping the Hunting Act altogether, Labour is continuing to call time on those who defy the law by announcing several measures that would clamp down on illegal hunting.