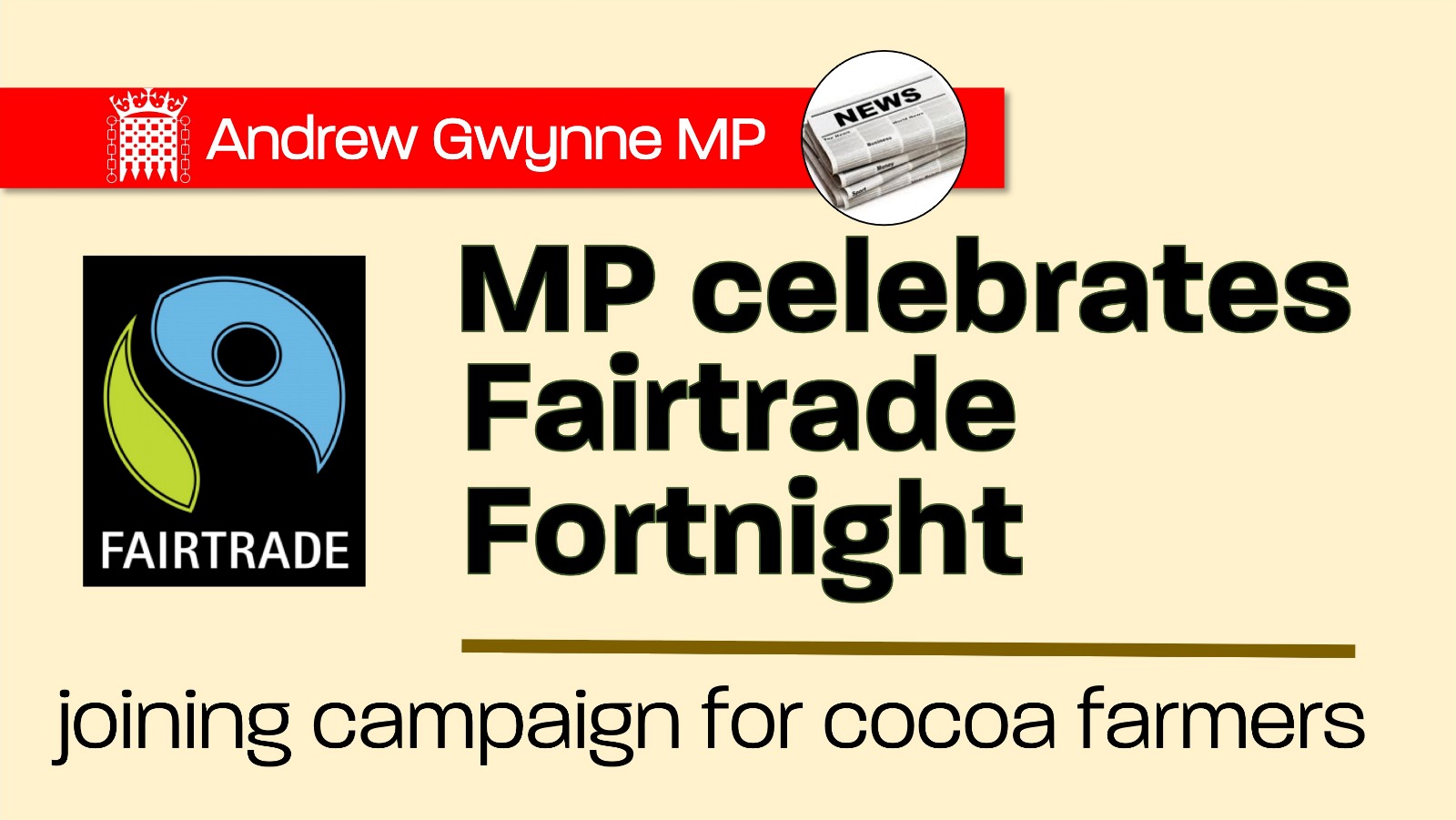 Denton and Reddish MP, Andrew Gwynne, met a farmer from the Ivory Coast at a reception in Parliament as part of Fairtrade Fortnight, which sees communities, schools, businesses and faith groups up and down the country holding events in support of farmers from developing countries.

The Fairtrade Foundation’s campaign She Deserves a Living Income is shining a light on the poverty facing cocoa farmers in West Africa, where 60% of cocoa is grown, who earn as little as 74p per day and are unable to pay for essentials like food, send their children to school or buy medicine if they fall sick.

A new report from the Fairtrade Foundation, launched at the event in Parliament, reveals women cocoa farmers often carry the greatest burden and yet get the least reward. It calls on the government and businesses to ensure farmers earn living incomes by 2030 in line with the UN’s Global Goals to end poverty.

“I am delighted to support Fairtrade Fortnight and the She Deserves a Living Income campaign, which celebrates the hard work of women cocoa farmers and calls on all of us to do more to increase their incomes.

“In our constituency I know there are many people who support Fairtrade and will be out there buying and gifting Fairtrade chocolate and other goods to help farmers get a better deal.” 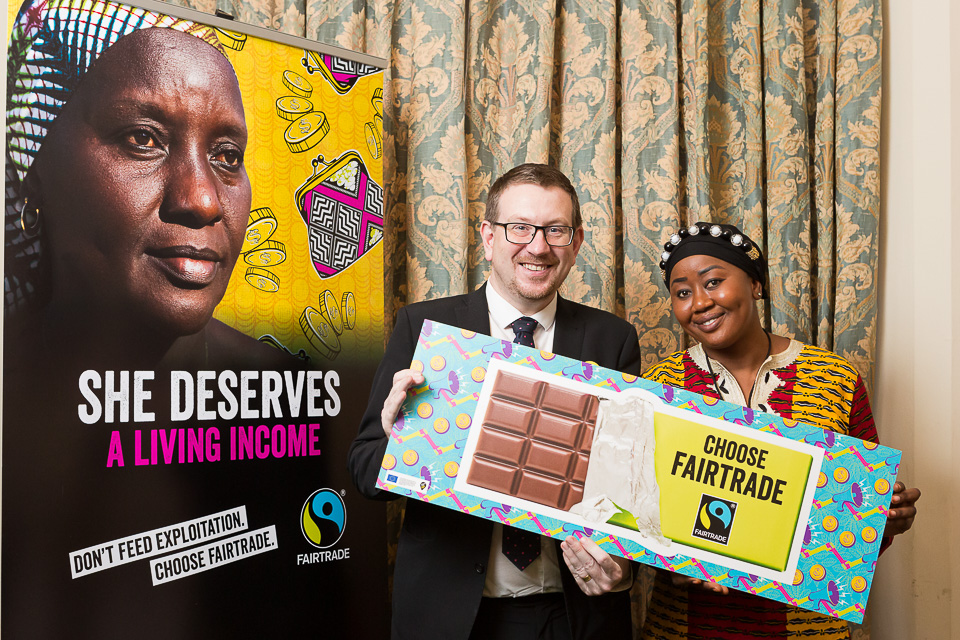