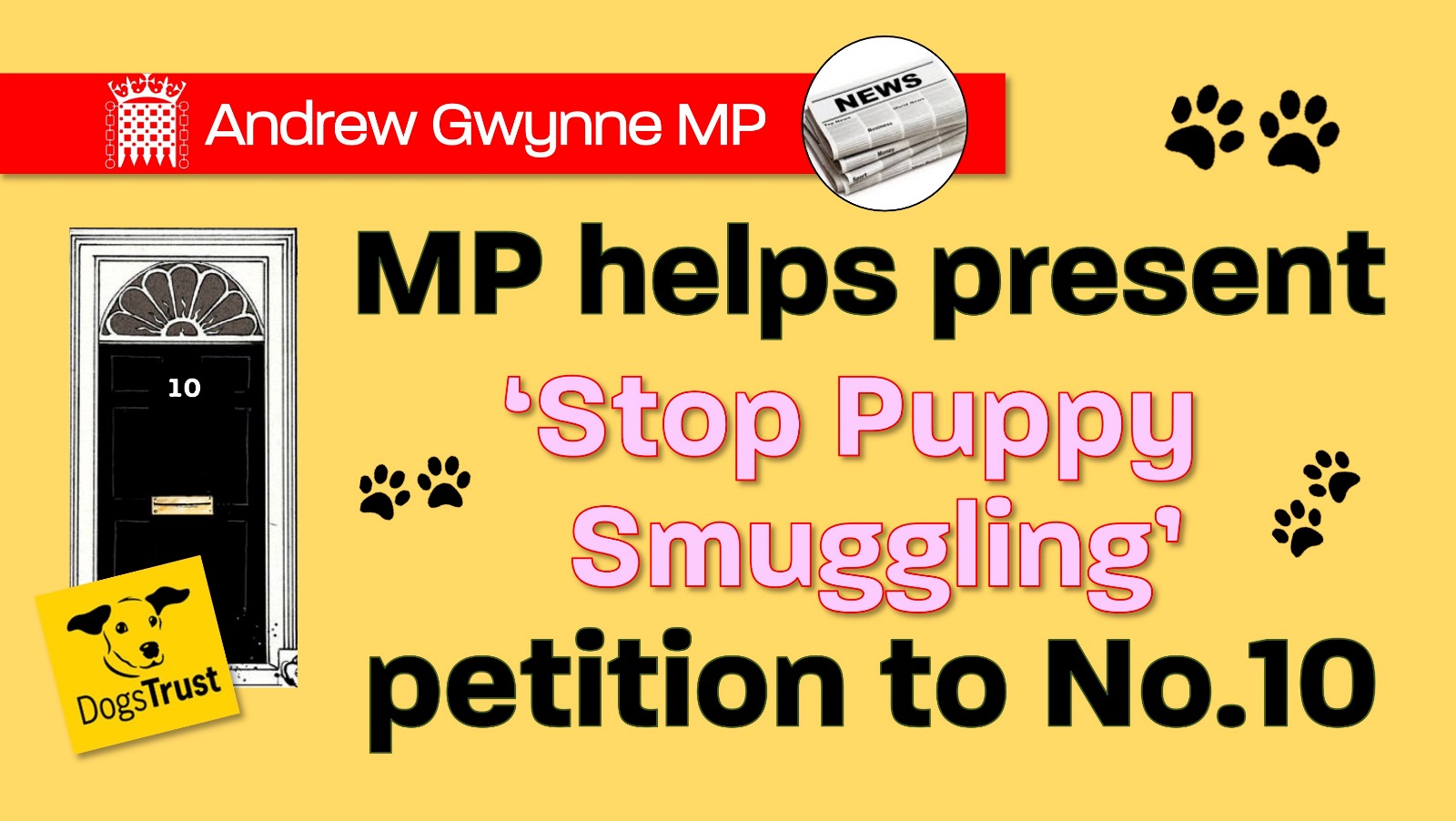 Denton and Reddish MP, Andrew Gwynne, joined Dogs Trust and 10 other cross-party MPs to deliver a book of MP pledges to 10 Downing Street. The Denton and Reddish MP is one of 137 MPs to have pledged their support to Dogs Trust’s campaign to end the illegal importation of dogs into Great Britain under the Pet Travel Scheme.

Dogs Trust has been investigating this problem since 2014 with its reports revealing shocking evidence of the Pet Travel Scheme being exploited by illegal puppy importers. Research has found that the street value of dogs intercepted at the border is estimated to be over £1 million pounds over the last four years – £500,000 on French Bulldogs alone.

The charity’s fourth report in October 2018 revealed further evidence of corrupt vets in Central and Eastern Europe falsifying documents for underage puppies to be brought into Great Britain, as well as pregnant dogs being smuggled so their puppies can be born in the UK and quickly sold on to unsuspecting buyers.

To find out more visit www.puppysmuggling.org.uk

“I have long supported Dogs Trust in their efforts to raise awareness of the issue and tackle the abhorrent smuggling of puppies from Central and Eastern Europe to the UK. I was delighted to join the Charity at 10 Downing Street to deliver the book of MP pledges.

“Our support and the overwhelming backing from the public will hopefully encourage Government to bring an end to puppy smuggling with the introduction of tighter controls and the need for much stronger penalties to deter this horrific crime.”

“The complete disregard for the health and welfare of dogs being illegally imported is appalling. We need to see a number of changes, including visual checks on all dogs entering the UK, out of hours and weekend cover at ports by Government agencies and increased maximum penalties for those caught alongside punitive Fixed Penalty Notices.” 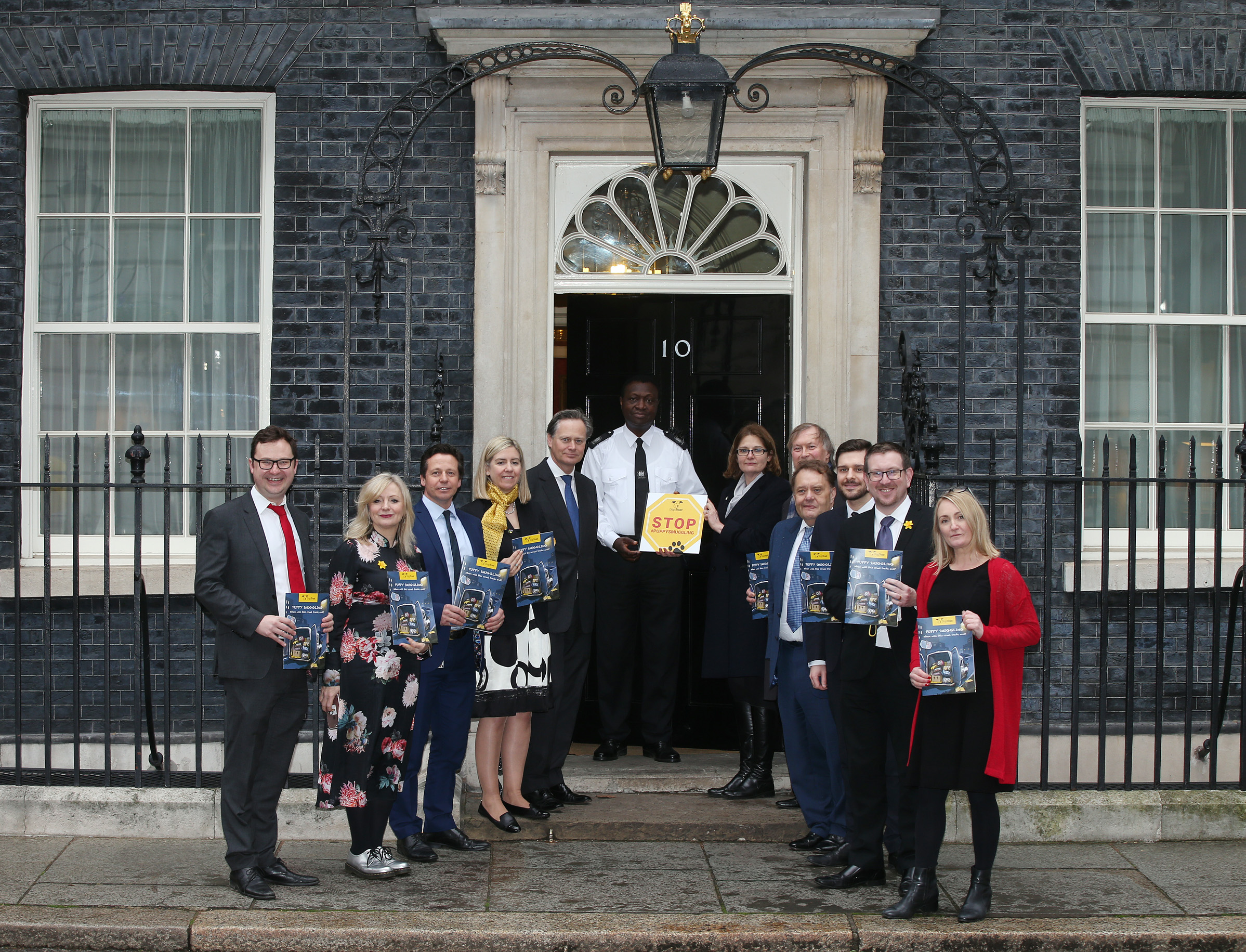