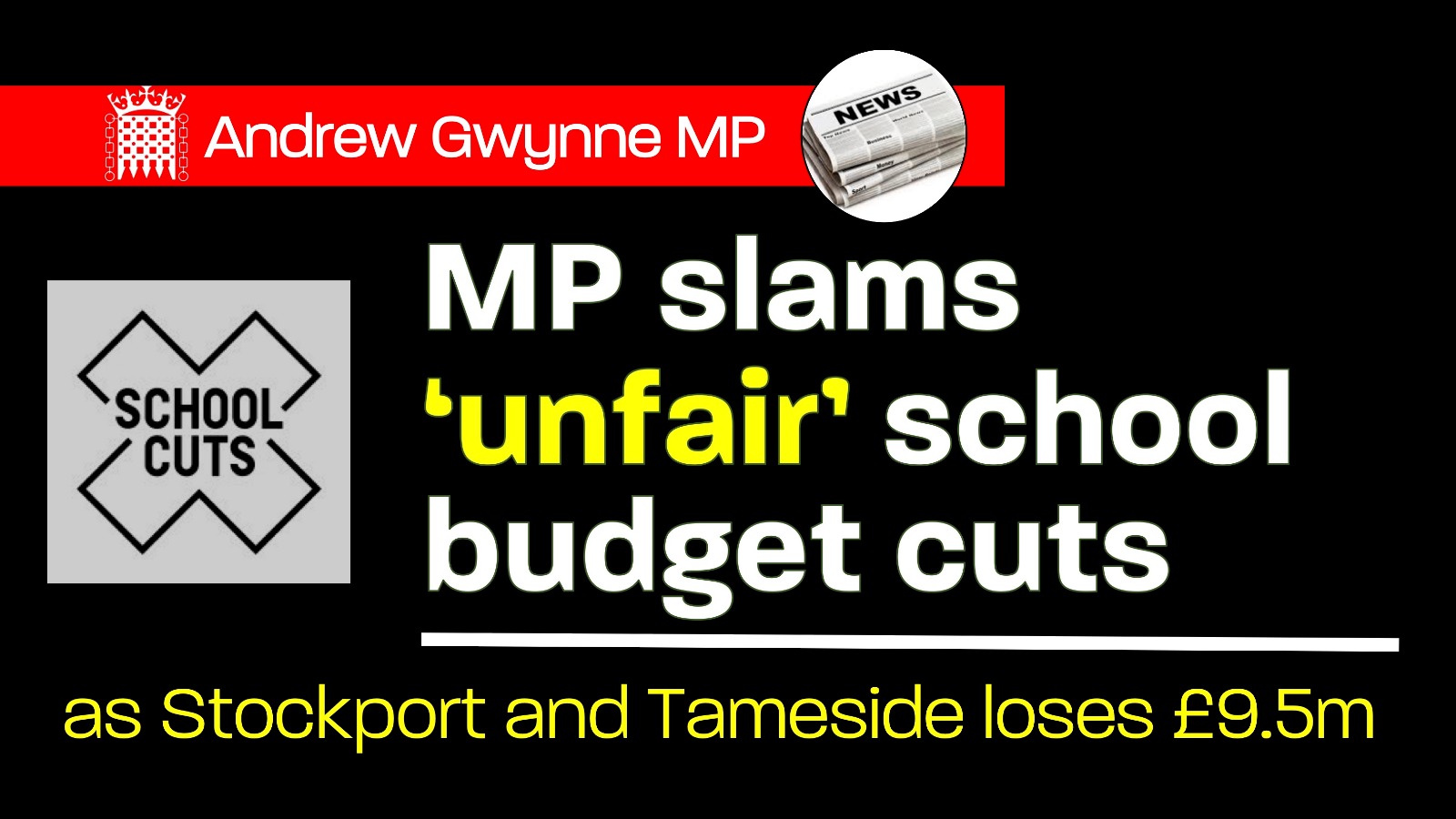 Denton and Reddish MP, Andrew Gwynne, joined a delegation from School Cuts who visited Parliament and are calling for fair funding for schools.

School leaders acknowledge that more money has been allocated to education this year. But statistics from the School Cuts campaign show that 91 per cent of schools across England are still experiencing real terms cuts in funding per-pupil since 2015. The paltry increase in overall funding does not deal with rising costs and increasing pupil numbers; over 137,000 more pupils in schools England, according to the Government – that add pressure to school budgets. The respected Institute for Fiscal Studies says schools have suffered an 8 per cent real-terms reduction in funding per pupil.

With increasing numbers of pupils and costs, schools have had to make cuts, resulting in 5400 fewer teachers, 2800 fewer teaching assistants, 1400 fewer support staff and 1200 fewer auxiliary staff across England.

This Tory Government, despite promises to the contrary, have made a massive £6.4 million cut to the annual budgets across all of Stockport’s schools compared to as recently as 2015 (and that’s £699,624 less funding this year in the schools in the Reddish North and Reddish South Wards). In Tameside, 44% of schools within the local authority report staff cuts over the past three years.

“Schools have had to make substantial budget cuts because of this Government’s policy of slash and burn towards school budgets, this has directly impacted on staffing numbers as staffing makes up the majority of any schools expenditure.

“As a result schools today are less able to give tailored support to children and they cannot sustain a full range of curriculum options with class sizes continuing to rise.”