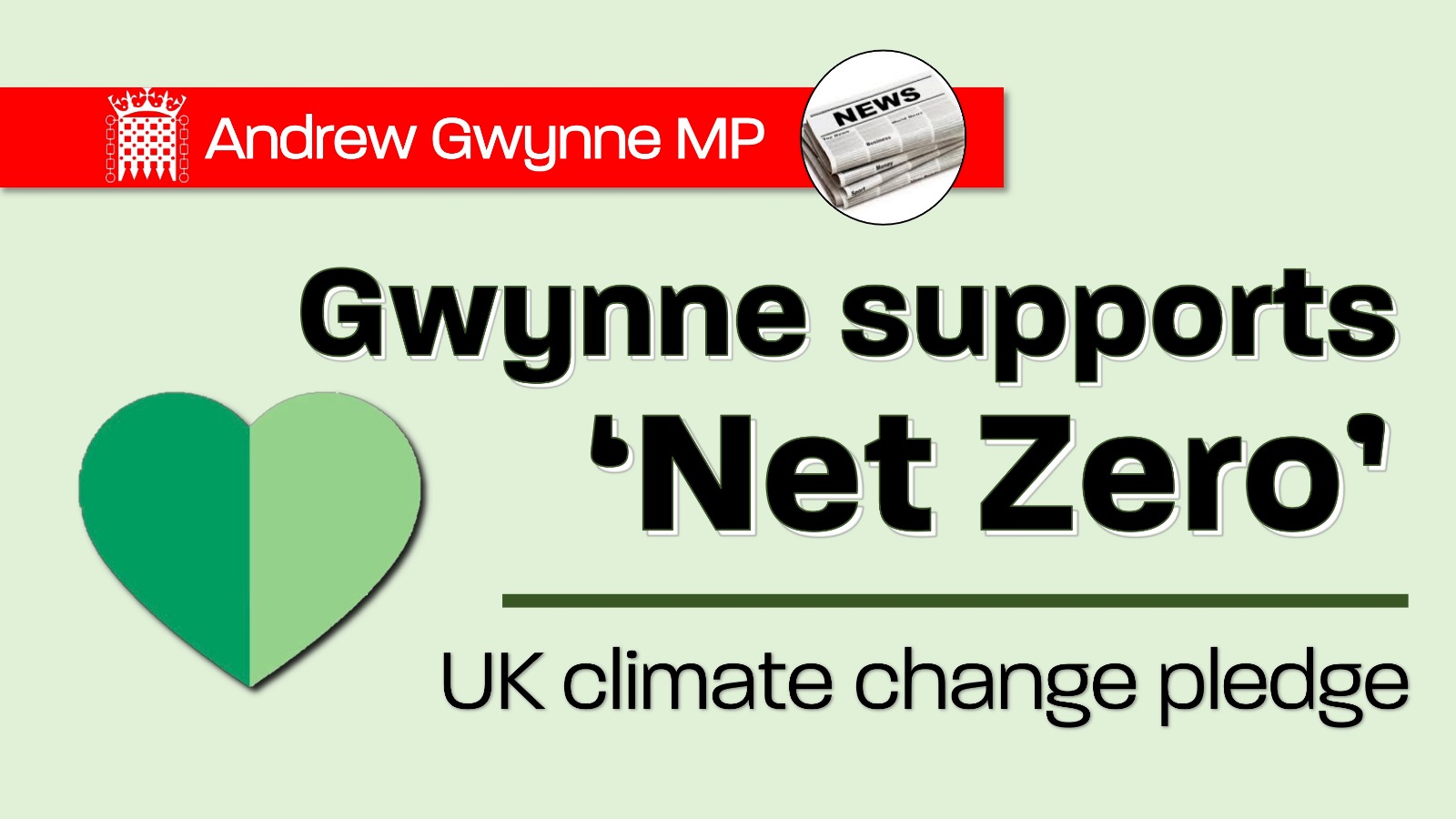 Denton and Reddish MP, Andrew Gwynne, has joined hundreds of thousands of people up and down the country proudly wearing green hearts to show they want to protect the people, places and lives they love from climate change.

Gwynne wore the heart as part of The Climate Coalition’s ‘Show The Love’ campaign which celebrates things that could be lost without efforts to tackle climate change – from beaches to bees and cricket to coffee.

A report released last week from the Coalition warned that extreme weather is hitting British fruit and vegetable yields – and even leading to smaller chips. The Climate Coalition is made up of more than 130 organisations representing over 15 million people, ranging from aid agencies such as CAFOD and Christian Aid to groups such as the Women’s Institute, WWF, RSPB, and the National Trust.

The UN’s climate science body highlighted in October the need to prevent dangerous climate change, with a warning that failing to keep temperature rises below 1.5C compared to pre-industrial levels will have worldwide consequences. More than 179 MPs have signed a letter calling for the government to set a target of ensuring the UK no longer contributes to climate change within a generation.

To find out what’s happening up and down the country, visit theclimatecoalition.org or search #ShowTheLove on social media and join the nation’s biggest climate change conversation.

“It’s really important to take a moment to reflect on what could be under threat in our own lives.

“I’m proud to be wearing my green heart and supporting a net zero future before 2050. I want to be part of leaving a legacy for future generations that we can all be proud of.”

Clara Goldsmith, Director of Campaigns at The Climate Coalition, said:

“Climate change is already changing the things we love in the UK. It’s also hitting the most vulnerable people, whether that’s very young or elderly people struggling with heatwaves here at home or those in poor communities overseas affected by a loss of crops or more severe disasters.

“That’s why we need to take action, including calling on the government to set an ambitious target to reduce the emissions which are driving climate change.”