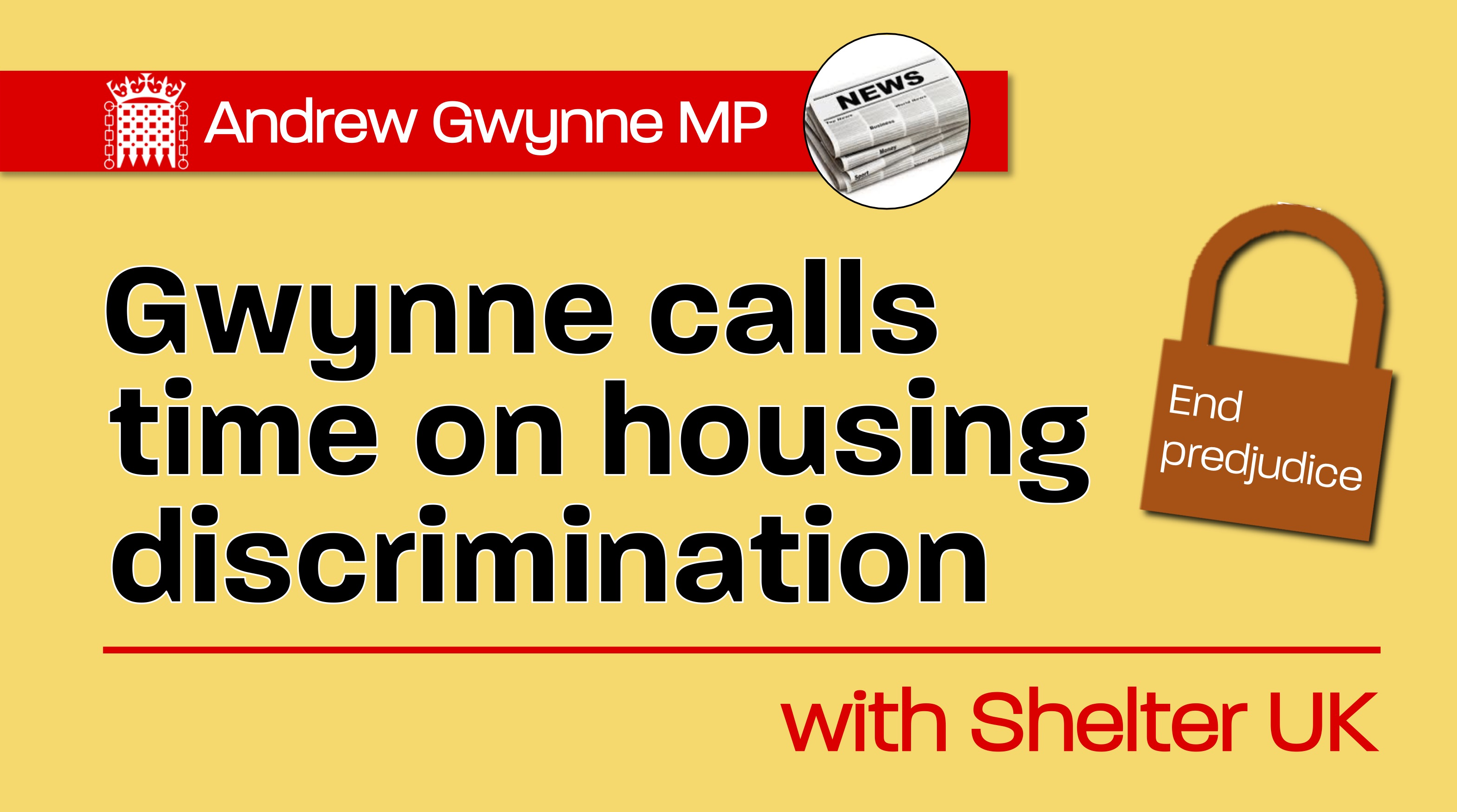 Andrew Gwynne has backed Shelters campaign to put an end to benefits discrimination within the private rental market.

The housing charity has been leading a vocal name-and-shaming campaign against letting agents and landlords who refuse to consider potential tenants who in receipt of housing or other benefits, as well as putting pressure on the major portals not to carry the rental ads.

The campaign has so far seen some success with the two biggest property portals in Britain, Rightmove and Zoopla, commiting to no longer allow ‘No DSS’ lettings listings at the end of this month.

Although significant progress has been made in changing the policies of mortgage lenders, we also know that a significant number of landlords also state that mortgage or insurance policies forbid them from letting to someone on housing benefit.In addition to pointing to mortgage or insurance policies, landlords also point to the advice they receive from agents. Shelter research found that 36% of landlords who use an agent on all properties cited ‘my letting agents advised against it’ as the reason for barring housing benefit tenants. However, they have also found agents pointing to landlords to justify their advice.

This situation has been made worse by the freeze to local housing allowance (housing benefit for private renters) which has resulted in 97% of areas being unaffordable to claimants in need of a 2-bedroom home. In 25% of areas, shortfalls between rents and LHA are over £100 a month.

“Open discrimination against people on benefits is freely taking place on high streets up and down the country.

“Government cuts to housing benefit had stripped away the safety net for families and has led to ‘no go zones’ for families on low and middle incomes looking for somewhere to live.”