Tory cuts called out by Labour in Opposition Day Debate 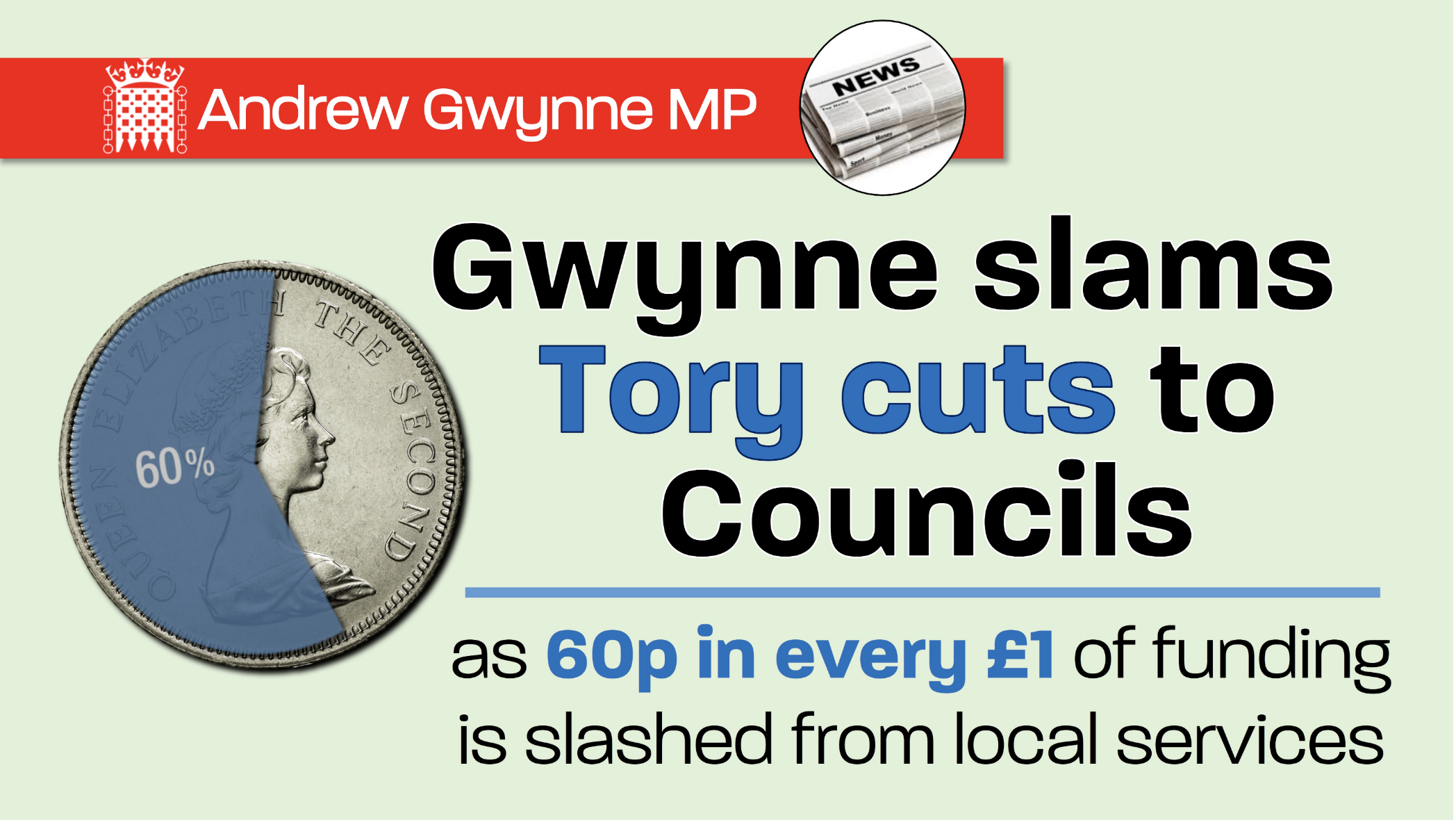 One week out from the local elections, Labour will use an Opposition Day Debate in Parliament today to hold the Conservative government to account for the damage they have caused local communities.

After nine years of Conservative austerity in local government, the finances of many councils have reached breaking point. The cross-party Local Government Association has stated that councils are facing a funding gap of £3.1 billion just to maintain services in 2019/20, including:

“Years of uncertainty and unfair funding created a quiet crisis that is now impossible to ignore.

“Under the Conservatives, local authorities have faced a reduction to core funding from the Government of nearly £16 billion since 2010.

“That means that councils will have lost 60 pence out of every £1 that the last Labour Government had provided to spend on local services.

“The Prime Minister entered into Downing Street promising to build a country that works for everyone – and then end to austerity – as her time in office comes to an end we are able to reflect on this, and like many areas of leadership find that it was sorely lacking.”

On the social care crisis:

“At least 61,590 older people have died waiting for their care to begin since the Social Care Green Paper was first announced – that’s around 90 loved ones dying per day, waiting for the help they need to give them the dignity they deserve in their last days.

“And Age UK state that 1.4 million older people are not getting the help that they need to carry out essential tasks such as washing themselves, dressing and going to the toilet.

“According to the Kings Fund, by the end of the next decade the number of older people that need this support is predicted to increase to 4.1 million.

“We need to see urgent action – the social care sector is at tipping pointing.”

On the local elections:

“Local people, paying the price for Tory mismanagement – this is what happens with the Conservatives are in charge of Town Hall.

“But across the country Labour councillors are showing that it doesn’t have to be this way.

“Under the shadow of this Government, Labour councillors are innovating, standing up against austerity, and protecting local services – torch bearers for the new politics that we will see with the next Labour Government.

“So on 2 May, there is a clear choice – continued austerity with the Tories – or proper investment, fairness and a real change with Labour.”