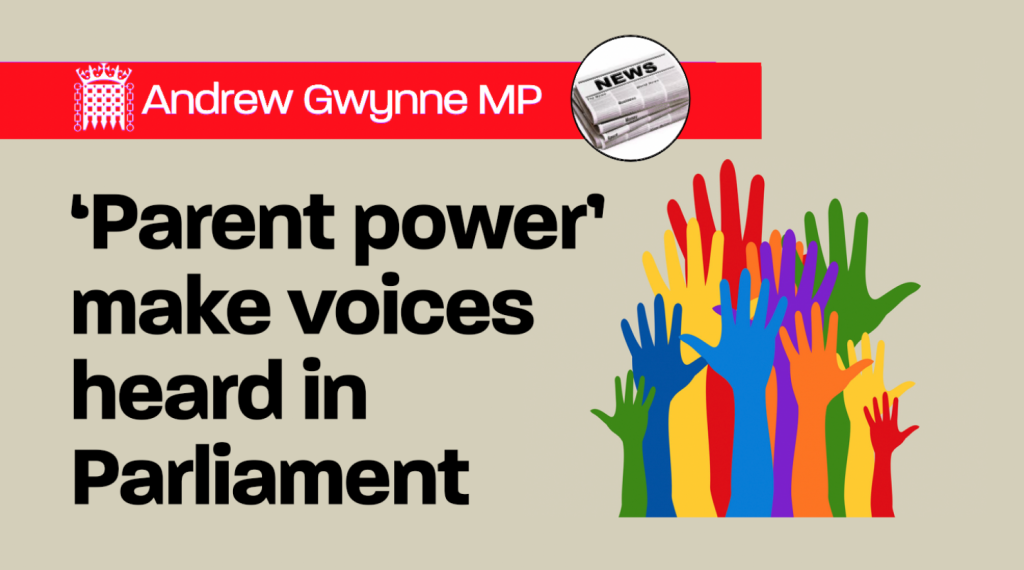 The parents of children attending Vale View Primary School in Reddish will make their voices heard over the impact of Government school cuts when their massive petition will be formally presented to the House of Commons today by MP, Andrew Gwynne.

The parents have gained huge support following a decision by Vale View School to consider a number of controversial cost-cutting measures, including closing the school early on a Friday afternoon.  Under the proposals, parents would be able to pay for after-school provision for the time the school would traditionally have been open.  Vale View is one of 26 schools in England where similar measures have been, or are being, introduced.

The petition has gathered 113,610 signatures from across Reddish, Stockport and the country as a whole as concerns grow over the impact of school budgets which have been cut, in real terms, by 8%.

According to the independent School Cuts campaign, all 97 of Stockport’s schools have suffered funding reductions by central government since 2015.  Across the borough as a whole, schools have missed out on £24.2m, which equates to a £264 per-pupil cut.  However, the figures vary across schools, and Vale View has lost out on £430,122 in funding between 2015 and 2019.  That is the equivalent of a £446 per-pupil drop in funding.

“Education should be the number one priority of any Government and it’s quite shameful that Ministers’ have allowed a situation to develop where schools are closing early to cut costs, or are sending out begging letters to parents to cover basic costs for school equipment.

“I commend the parents at Vale View for taking such a strong stand on this issue and gathering such a massive petition.  It really does show the strength of feeling on this issue, not just hear in Stockport, but right across the country.

“When this petition lands on the desk of the Education Secretary, Damian Hinds, I hope he will think again about the damage his Government’s cuts are doing to our schools, and to our children’s future.”