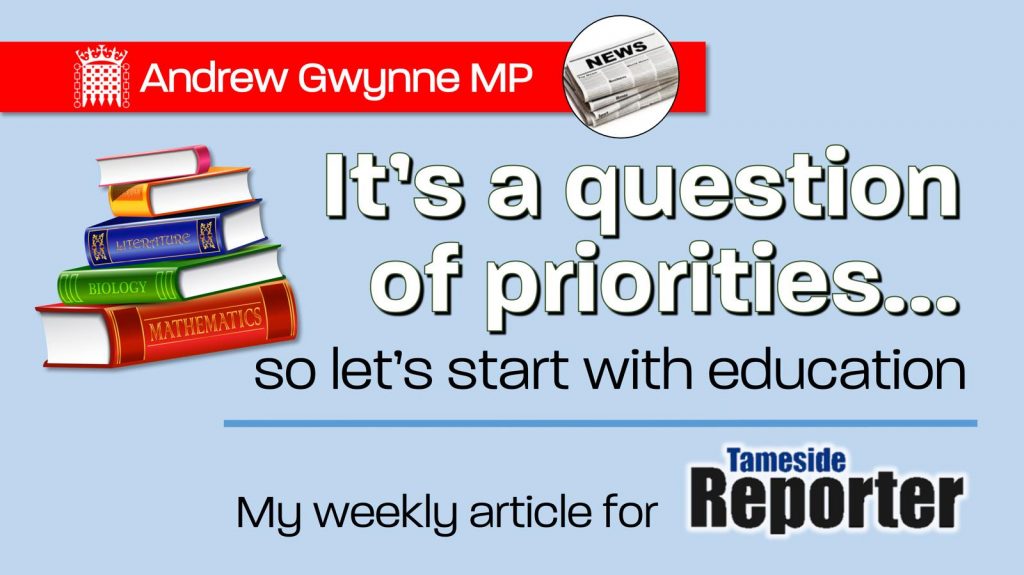 Politics is a question of priorities. It’s as simple as that. For me, I’ve always seen politics as the vehicle to tackle inequality, improve health and education outcomes and to lift people out of poverty.

But for the past nine years we’ve seen many achievements go into reverse. For the first time in a very long time, adult life expectancy is falling. Some health outcomes are dropping. Income inequality is widening and the gaps between the haves and have-nots are at Victorian proportions.

Tory austerity has stripped income and funding from some of the poorest parts of the country. Public services are on their knees. It’s a tale of two Britains.

But it doesn’t have to be like this. No, there isn’t a magic money tree (although it always seems to be found for pet schemes, or paying off the DUP for votes in Parliament (not that that worked particularly well for Mrs May)) but the money in the system can be directed in a much better and more targeted way.

As a country, we’ve handed over £100bn of money in the system back to the richest corporations and individuals in tax cuts, at a time when the social fabric of our country has deteriorated. Can anyone, honestly, hand on heart, defend the £5bn tax cut for banks recently, for example.

And yet here in Tameside, nearly every school in the Borough has suffered a cut to funding by central government. Across England, education funding has been cut by 8% in real terms. 86 out of the 89 schools in Tameside have seen their budgets cut since 2015. The total figure is an £18.7 million loss in funding, or a £226 per-pupil drop. That’s having a massive impact on the ability of schools to deliver the best education possible for our children.

I feel so strongly about this because education is about lifting aspirations and creating opportunities. It’s an investment in our children and in our country’s future. And it’s especially important in a dynamic global economy where kids from Dukinfield, Denton and Audenshaw will be competing with highly educated students from Dubai, Durban and Adelaide for the jobs of tomorrow.

Sadly, the contenders for the Tory leadership (and our next Prime Minister) are competing on who can cut taxes for the richest few the most, not who can invest in our public services for the many. I want to see a renewed commitment to education in this country. It’s the best way to tackle inequality and social injustice. And it’s the right choice for Tameside