Combatting poverty pay – my weekly article for the Tameside Reporter 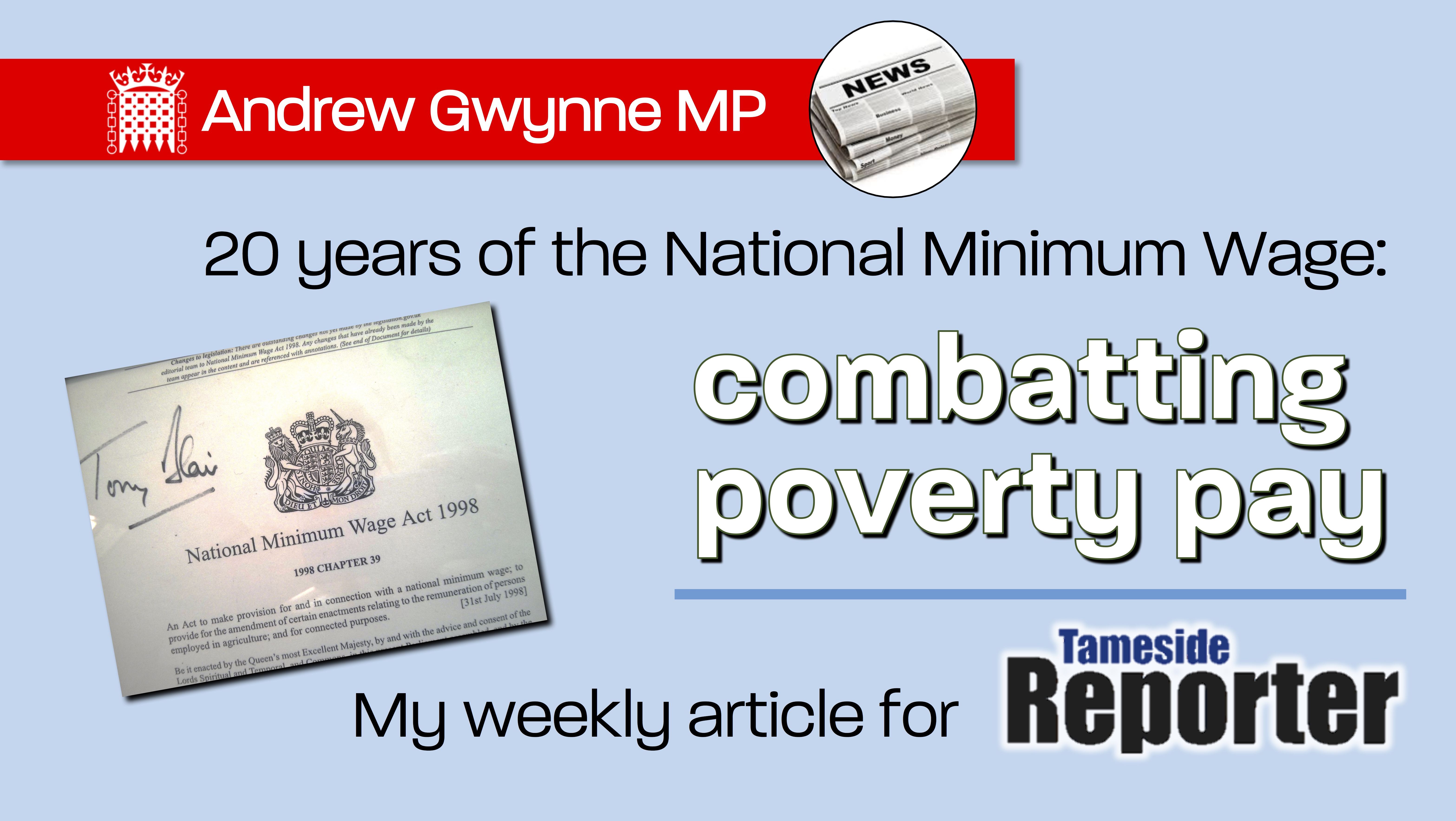 It’s easy to take big transformational changes for granted once they become well established and the norm. Who could now think of a Britain where health services aren’t freely available at the point we need them? There will, of course, still be people who can remember a time before our National Health Service was created, but for most, the NHS is the norm; likewise the Welfare State; education services, and the list goes on…
But there’s one more-recent achievement that’s now so well established, many have forgotten what life was like before it: last week was the 20th anniversary of the National Minimum Wage coming into force.
A minimum wage was Labour Party Policy from the days of Keir Hardie but only implemented after that 1997 Labour landslide, and even then, the Opposition Tory Party used every trick in the parliamentary rulebook to obstruct, delay and hold up the legislation. I think it was possibly the last time a Commons sitting went all the way through the night into the following day, preventing the next day’s business from being heard. But despite all the best tricks in the book, the National Minimum Wage Bill received Royal Assent to become law.
Who now would think that paying someone less than £1 an hour (which was commonplace in many unskilled work places only two decades ago) is appropriate? The Minimum Wage prevented the scourge of poverty pay and, with Tax Credits alongside them, really transformed living standards for the many. Far from costing millions of jobs, as had been the ‘scare’ peddled by those who opposed the changes, it was one of the single-most life improving laws introduced by that Labour Government, and one we now largely take for granted.
But after a near decade of austerity, the scourge of poverty is returning. Not because the National Minimum Wage (now rebadged as a national living wage, although it’s nothing of the sort) has been a failure – life would be considerably worse without it – but because the other support that was once provided has been stripped out. In-work poverty is increasing, food bank use is sky rocketing and we need to urgently tackle the underlying causes immediately.
That’s why, as we celebrate the 20th anniversary of the National Minimum Wage we should recommit ourselves to use the same drive and passion to fight for a real ‘living wage’, one the experts set at £10 an hour. That truly would be transformative for families across Tameside, where wages are still historically lower than average. Let’s now make it our mission.