MP discusses ‘the power of kindness’ with British Red Cross 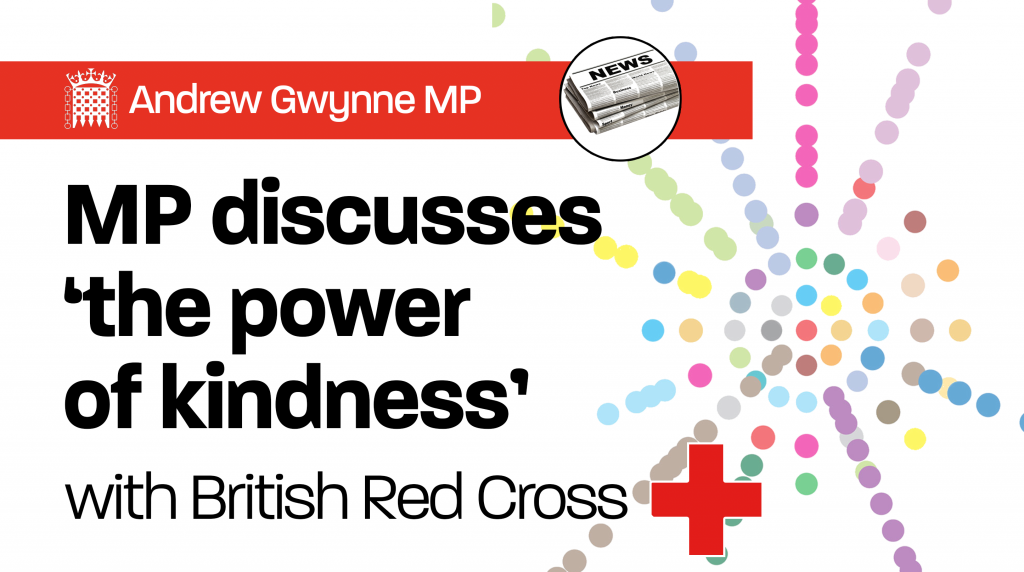 Denton and Reddish MP, Andrew Gwynne joined the British Red Cross to discuss ‘the power of kindness’ campaign to mark the start of Refugee Week.

The UN estimate that every minute 20 people leave everything they have behind to escape war, persecution or terror. In 2017, 65.6 million people around the world had to leave their homes because of war, hunger, violence, or because of the communities they belong to.

According to the United Nations Refugee Agency (UNRA) there are over 170,000 unaccompanied children worldwide – that’s children forced to flee from a life of violence on their own. In the UK, 42% of those who arrive after fleeing persecution are children.

This year, from 17 to 23 June, the British Red Cross will be celebrating Refugee Week, with arts and educational events taking part across the country to celebrate the contribution of refugees to the UK and encourage a better understanding between communities.

“Often mixed in the heated debates about economic migration are the cases of refugees; people who need a safe haven and for whom this country has a proud history of supporting over the centuries, from the Huguenots fleeing religious persecution in the 16th century, to the Kinderstransport at the outbreak of the Second World War.
“The centuries may change, but sadly some things don’t. I met with Andrew Mustafa – he had to flee persecution and the threat of death by stoning for merely converting to Christianity, which is illegal in his home country. Religious freedom is a fundamental human right. This is 2019 not 1539.”