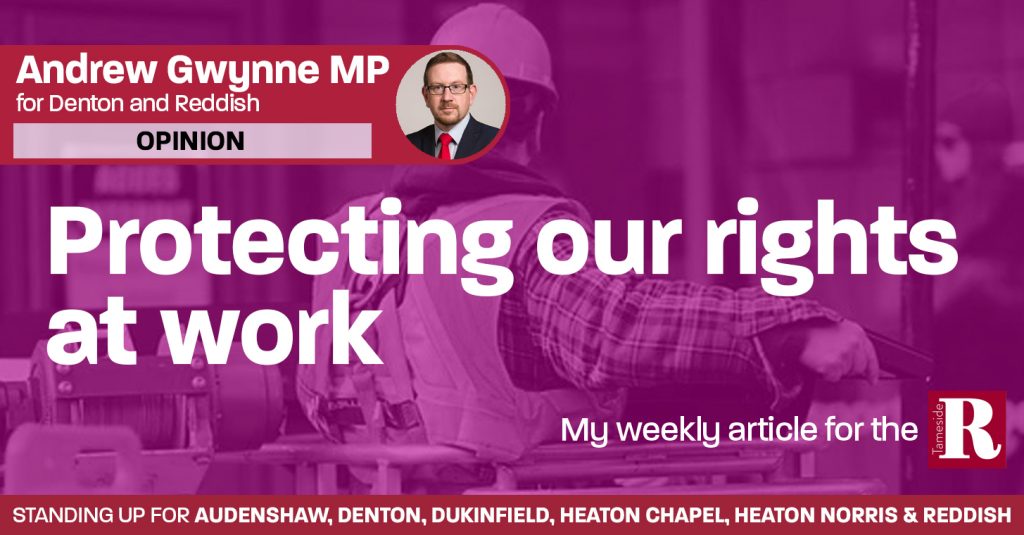 One thing that many people don’t realise is that in Parliament, the Government largely controls what gets debated and voted on. On Thursday each week, the Leader of the House of Commons (currently Jacob Rees-Mogg) sets out what the business will be for the following week or two. However, the Government have to give over a certain number of days each year to opposition parties and, on these Opposition Days, the subjects for debate are chosen by the other parties.

These are great opportunities for opposition parties to raise subjects that they care about or which they feel the Government is ignoring and to push the Government to act. In recent weeks, it’s been Labour’s turn and we’ve had debates on providing free school meals over the holidays, getting IT equipment to pupils so that they can learn remotely, not cutting Universal Credit and reversing the Government’s plans to raise Council Tax. All of these are important issues, particularly during a pandemic, but unfortunately the Conservatives chose to abstain on every single one of them.

The most recent of Labour’s Opposition Day debates, though, was on workers’ rights. We wanted the Government to commit to ensure that all existing rights are maintained – including the 48-hour working week, rest breaks at work and inclusion of overtime pay when calculating some holiday pay entitlements. We also called on them to ban fire and rehire where employers sack employees and then take them back on much worse terms (sadly, this has become much more common during the pandemic).

The reason for bringing this issue to Parliament was because the Government are planning on getting rid of some of these important protections now that we have officially left the European Union – despite promising the British people repeatedly that they wouldn’t.

Unfortunately, this doesn’t surprise me much. The Conservatives have repeatedly opposed the introduction of new rights for workers over the last few decades – for instance, the introduction of the minimum wage by the last Labour Government – and many of their MPs are ideologically opposed to these protections. The current Foreign Secretary, Home Secretary, International Trade Secretary and Business Secretary got together in 2012 to write a book opposing many protections for British workers, whilst also saying “the British are among the worst idlers in the world”.

They are wrong about that and they’re wrong to attack the rights that British workers have fought hard for over many decades. We can’t let this happen and I’ll do everything I can in Parliament to ensure it doesn’t.