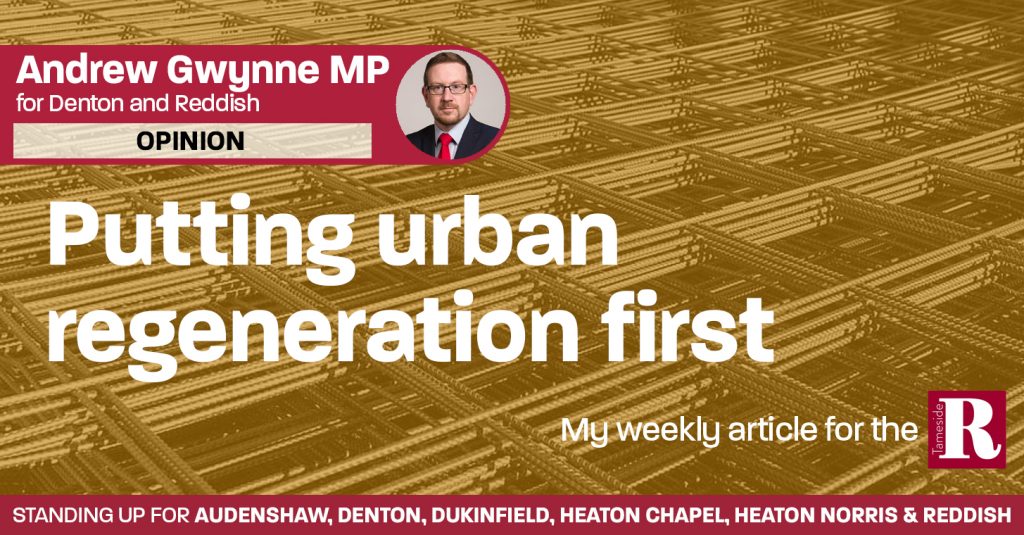 For those of us who grew up in the 1980s, going into Manchester can sometimes be a strange and discombobulating experience. Where once there were abandoned factories and industrial wasteland, we now find gleaming skyscrapers and trendy bars. I’m sure we’d all agree that the regeneration of the city is impressive, particularly the pace in recent years.

And it’s not just about the physical transformation of the city, the real success of urban regeneration in Manchester has been that it has also attracted businesses to the city (and wider city region) and created good jobs. Without this component of urban regeneration, the positive impact can quickly be reversed.

Of course, I’m not pretending that the regeneration of Manchester hasn’t been without its costs. The recent BBC documentary ‘Manctopia’ highlighted some of the challenges of urban regeneration, including rising house prices, rents and living costs that push some long-time residents out of the areas they live in.  Some call this gentrification, and I think that this is quite different from urban regeneration, which improves an area for existing residents as well as attracting jobs and economic growth.

Urban regeneration is also not about making everything urban. Our green spaces are an important part of making an area attractive to live and work in, and that’s why we need to protect our greenbelt and prioritise building on brownfield sites – one of the many reasons that I vehemently oppose the extension of the Bredbury industrial estate into the Tame Valley.

The Government a lot about levelling up and urban regeneration is clearly part of that, but I think that it is essential that this process is led locally. We all want to see improvements to our urban environment here in Tameside (and we’re lucky to have a council that is committed to this) but it is up to people here in the borough as to what these improvements are – we know better than central government when it comes to our own communities.

The Tories are currently trying to push through some major changes to planning laws, which will take away much of this local control, instead giving developers the chance to run wild and do more or less as they please. This is a recipe for disaster, not urban regeneration.

The regeneration of Tameside should be a priority in the wake of Covid, but we all need to work together to make sure we get it right.