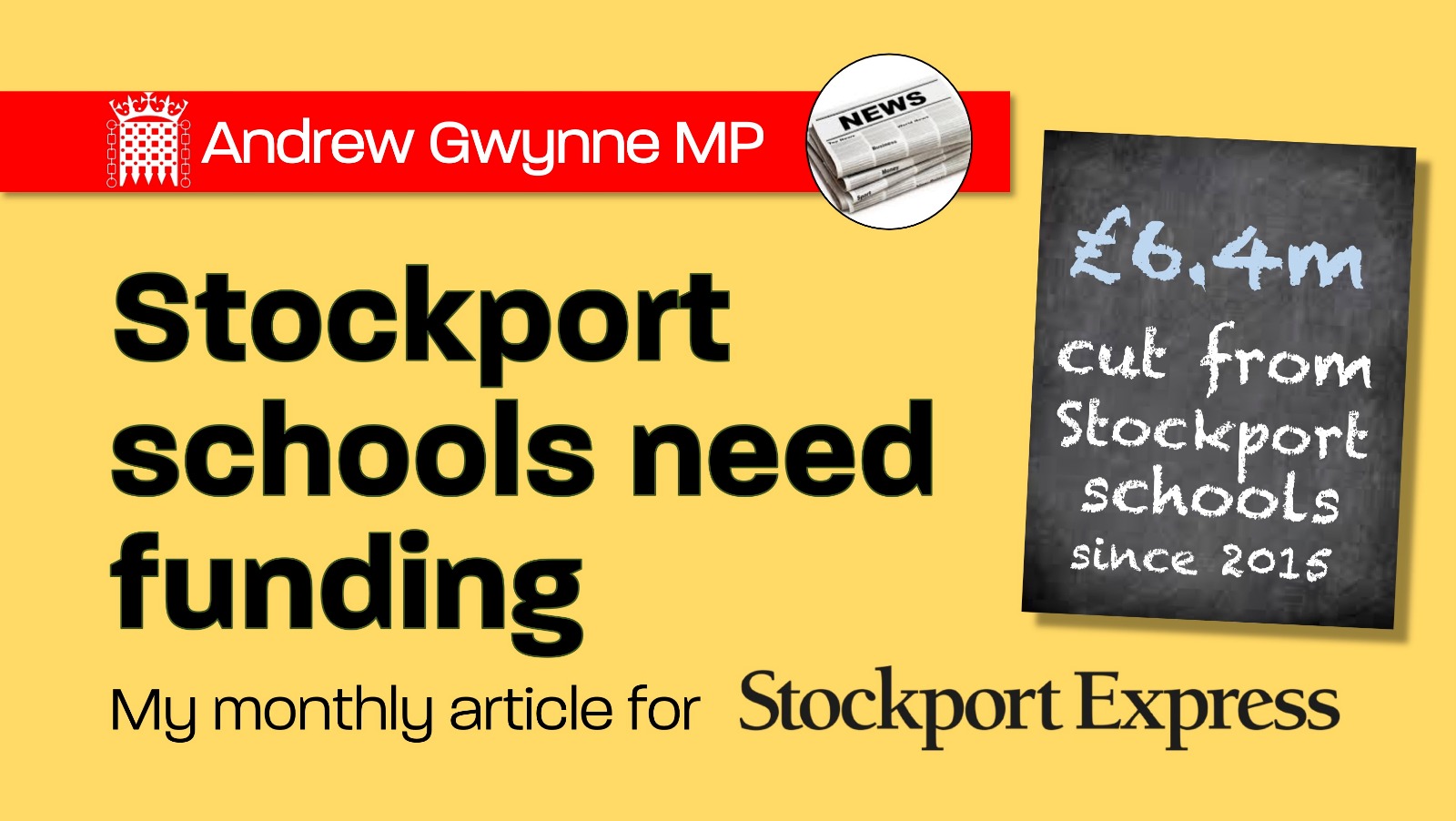 For the past 14 years, I’ve championed the need for a fairer funding settlement for Stockport’s schools.  You see the problem is that funding is predicated on a baseline for all pupils, with extra money going to Local Education Authorities to take things like social deprivation and special needs into account.

Now the argument is that Stockport, as a borough, is less deprived and has fewer social needs than other areas, which up to a point is correct. However some parts of Stockport that I represent, are as, or more, deprived than my bits of Tameside. So why should a Reddish child get less funding than a child growing up in Haughton Green or in the Dukinfield Central Estate? They shouldn’t.

But things have just got a lot worse for Reddish children, because, in addition to the baseline funding being less to start with, this Tory Government has made a massive £6.4 million cut to the annual budgets across all of Stockport’s schools compared to 2015 (and that’s £699,624 less funding this year in the schools in the Reddish North and Reddish South Wards).

Across England there’s been £2.8 billion cuts to school budgets. As a result teacher numbers are falling and class sizes are rising again.

Facts are facts. Looking at some of the schools in my constituency it shows how bad the problem is:

We need a fundamental transformation to our education system and that’s why we need a Labour Government to deliver a new National Education Service. We need genuinely fairer funding formula so that children living in areas like Reddish – tucked away in a more prosperous borough overall – do not lose out financially.