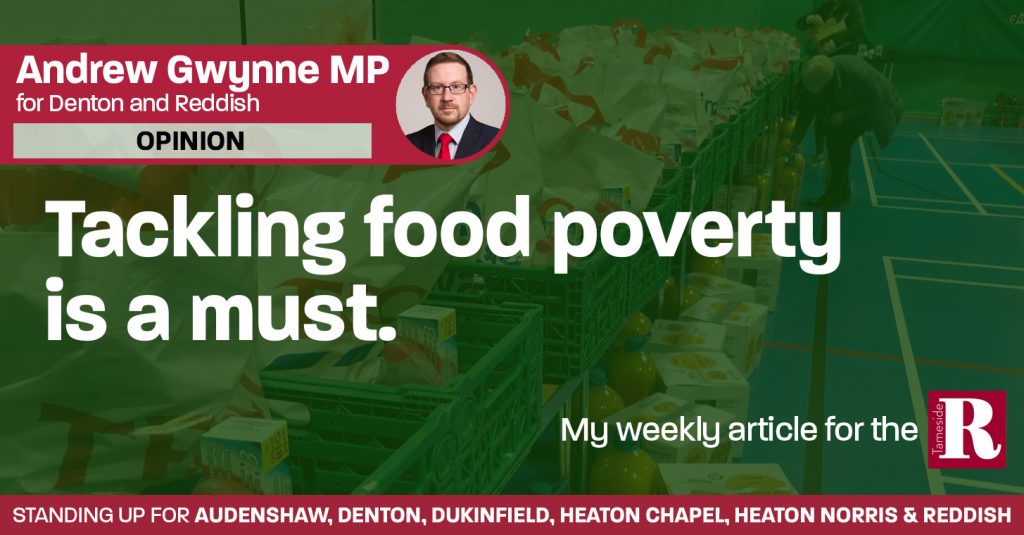 You won’t have missed the big debate on free school meals last week. Marcus Rashford, Manchester United and England star and a brilliant campaigner, was calling for free meals to be provided over the coming Christmas holidays. Labour agrees and forced a vote on it in Parliament, but unfortunately all but 5 Tories voted against. As they have a large majority, that means that free meals will not be provided. The amount that this would cost is far less than one single week of Eat Out To Help Out in August. If we can subsidise people’s Nando’s during this crisis, surely we can also feed kids at risk of going hungry?

Not according to Conservative MPs we can’t.

If you watched the debate, you would have seen all sorts of bizarre justifications for voting against feeding hungry kids. They were very keen to emphasise that there were celebrities supporting the plan, as though that made it any less legitimate. Marcus Rashford is indeed a celebrity, but he grew up in Wythenshawe on free school meals and is now using his celebrity to campaign to help those growing up in similar circumstances. That is something to celebrate not to sneer at.

Another Tory MP said she was voting against because it was just a “sticking plaster”. This is ludicrous. It is true that this only deals with the issue in the short-term, but the alternative is the Government’s approach of doing nothing. Then we had another calling it virtue signalling – if feeding children is virtue signalling then how should we describe voting not to? I’ve got a few ideas, but I’ll keep them to myself! There was even one who said that it would be the equivalent of “nationalising children” – what planet is that man on!?

Then we had the return to that old favourite argument “they shouldn’t have kids if they can’t afford them”. Putting aside that we should never punish children for decisions made by their parents, we’re in the middle of one of the worst economic crises in history. Lots of people who were fairly comfortable will be struggling this winter as they lose jobs or take pay cuts. That is why it’s particularly important at this particular moment in time.

I was really disappointed to see such basic compassion lacking in so many Tory MPs, but I’ve been really inspired to see so many councils, small businesses and individuals – all already struggling as a result of the crisis – step in to try to help. They understand that, in one of the richest countries in the world, we cannot let children go hungry.