Tameside Pride: the first of many – my weekly article for the Tameside Reporter 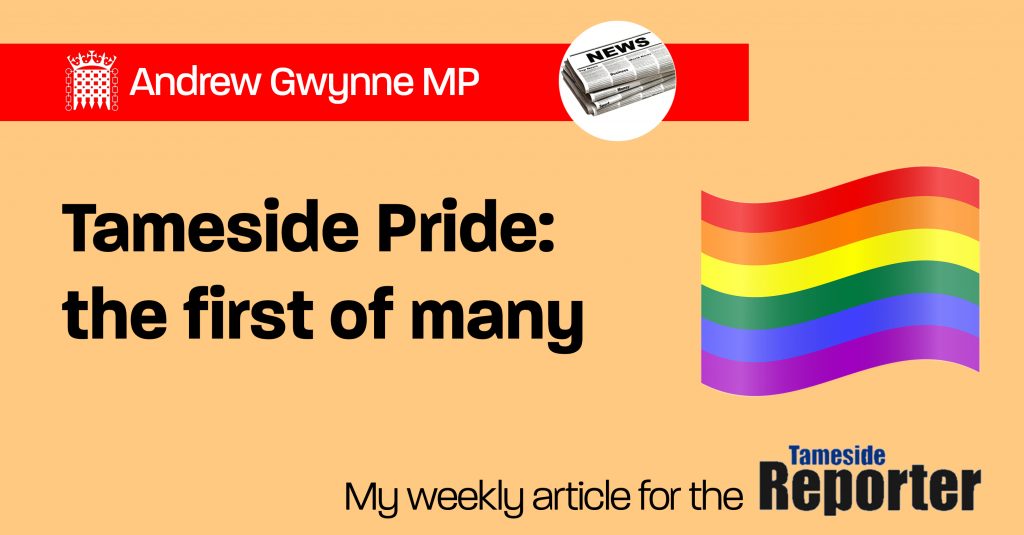 In my relatively short lifetime (I’m 45) attitudes on a whole range of social issues have changed.  But probably none more so than that of our attitudes towards sexuality.

It’s only 52 years ago, in 1967, that the law was amended in England and Wales to decriminalise homosexual acts between two men; and it’s 50 years ago almost to the day, since the Stonewall riots took place in Greenwich Village, Manhattan, New York, where the American Gay community demanded to be treated equally before the law.

Since then, attitudes have changed for the better.  Equality before the law here in Great Britain is now a given (though not in Northern Ireland, sadly).  You can openly love the person you’ve fallen in love with, marry, share legal rights in both life and in death.

But that fight for equality and acceptance has been tough for too many men and women in the LGBT+ community.  The AIDS scare of the 1980s created increased hostility and, sadly, some of that stigma and misunderstanding over HIV still lingers on to this day. For many, LGBT+ hate crime is still too common an issue.  Far too many men and women experience bigotry, violence and hatred. And many gay adolescents still face bullying at school and college, or within the family circle where it can be difficult for them to ‘come out’.  Mental ill-health in the LGBT+ community is high also.

So, whilst attitudes have certainly changed, and in many ways for the better, there’s still an awful lot to be done.  And that’s why events like Pride matter.

This weekend, I attended the very first Tameside Pride.  It was a wonderful carnival atmosphere set in the magnificent Cheetham Park in Stalybridge.  The sun (mostly) shone, and a good time was had by all.  People of all ages, all backgrounds, and of all sexual orientations came together to celebrate diversity.  It was a fun event – but one with an important message, that love is love – and a big well done must go to Audenshaw’s Councillor Oliver Ryan and the other Tameside Pride organisers who fundraised throughout the year to get this event off the ground.

I hope it’s the first of many more Tameside Prides to come, because our diversity is our strength.  Understanding differences also helps defeat ignorance and hatred.  And, I believe, living together in a spirit of friendship and acceptance helps to make our society stronger. 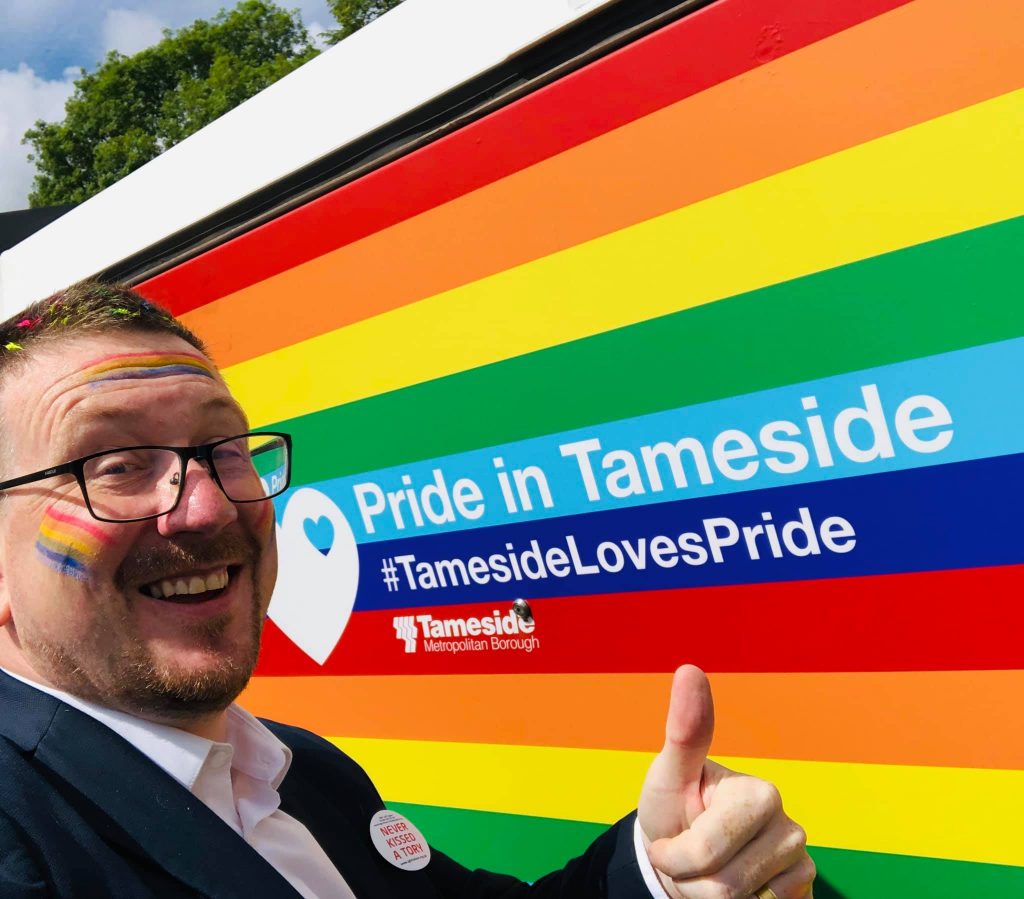